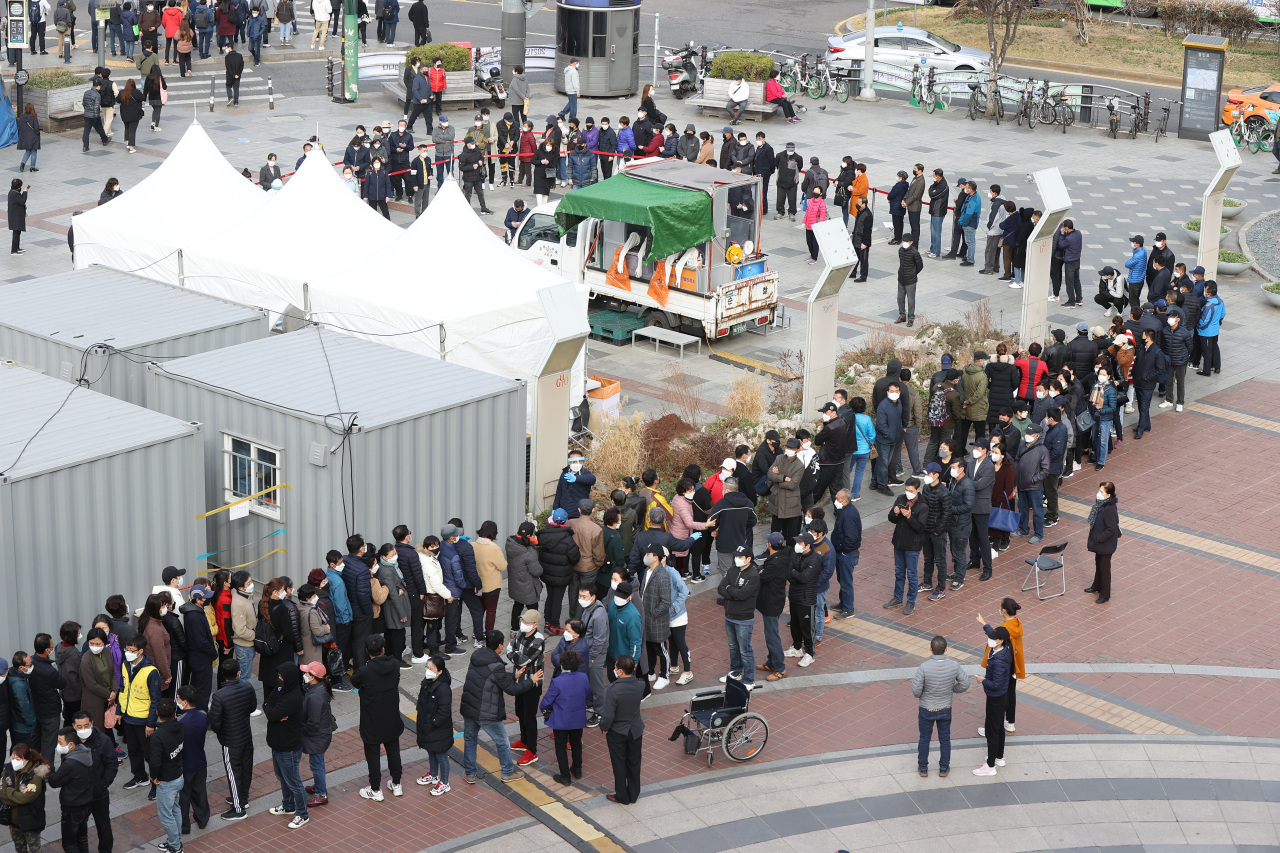 [1] The Seoul city government on Friday withdrew an order requiring mandatory coronavirus testing for all foreign workers after facing criticism from foreigners, medical workers and the human rights commission.

[2] The government now only recommends that foreign workers at high-risk workplaces, such as those in close, dense and enclosed work environments, undergo diagnostic tests by March 31. It also recommends Koreans employed at the same business establishments to get tested.

[3] The change came after the National Human Rights Commission of Korea also launched an investigation on Friday into the city government’s decision to mandate coronavirus tests for all foreign workers, after some foreigners filed a petition against the administrative order.

[4] Earlier on Tuesday, the Seoul government issued an administrative order requiring all foreign workers in the city to undergo diagnostic tests from March 17-31 to prevent the spread of the coronavirus. Fines of up to 2 million won ($1,778) will be imposed if they fail to get tested during the period.

[2] According to the Ministry of the Interior and Safety, the number of one- or two-member households reached a record high of 14.61 million (9.16 million and 5.44 million respectively), or 62.9 percent of the total 23.19 million households nationwide as of February.

[3] Looking at single-person households only, their proportion of the nationwide total marked a record high of 39.5 percent in February 2021, as compared with 34.5 percent for the corresponding month in 2016 and 33.2 percent in 2011.

[4] Seoul and some major metropolitan cities, such as Busan and Daegu, face a growing portion of the young generation reluctant to get married in the wake of high unemployment rates and other uncertainties involving spiraling apartment prices.