[Robert Rector, Leslie Ford] Reversing welfare reform and returning to ‘welfare as we knew it’ 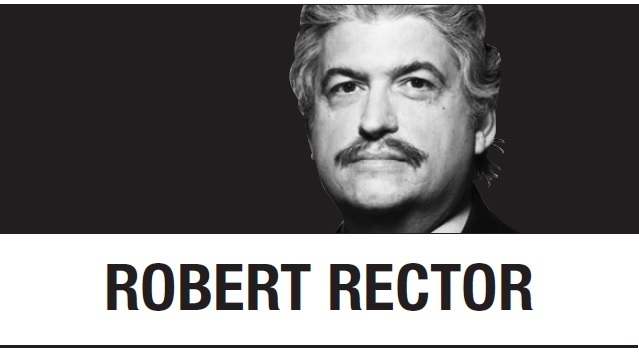 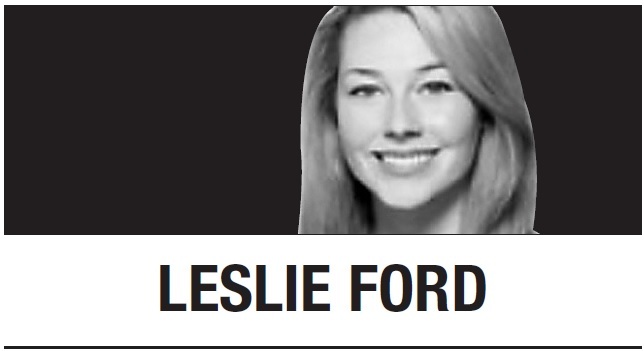 Neatly tucked into the $1.9 trillion stimulus package is the second-largest welfare expansion in US history. President Joe Biden’s plan would increase child allowances -- cash welfare grants for parents with children -- from an annual $2,000 per child to a maximum payment of $3,600 for each child younger than 6 years of age and $3,000 for children aged 6-17.

The result: $78 billion per year in new cash grants to families, on top of the nearly half a trillion dollars that government currently spends on cash, food, housing and medical care for lower-income families with children.

This welfare program’s annual cost would dwarf the initial costs of the Medicaid, Food Stamps and Aid to Families with Dependent Children programs. Only the Affordable Care Act would be more expensive.

In addition -- crucially -- it eliminates the requirement to work to get the benefits.

Do we really need to have history repeat itself? We’ve been down the road of “cash welfare benefits without work” before.

In the 1990s, the cash-benefit program Aid to Families with Dependent Children, or AFDC, was clearly failing: One in 7 children in the US were enrolled in AFDC. Work among the recipient parents was very low, and the typical family received AFDC benefits for 14 years. Unwed childbearing had been rising for decades.

The program was reformed with the signature of President Bill Clinton. For the first time, recipients of cash aid had to work or prepare for work as a condition of receiving benefits.

In response, the welfare caseload experienced its first significant decline in a half-century. Child poverty, which had been static for decades, fell at an unprecedented rate, especially among Black children.

But the Biden plan would eliminate work in the already massive child cash grant program. This change would overturn the work-based foundations of welfare reform. For the first time in a quarter century, government would return to the policy of giving cash aid to families that do not work.

This reversal would slow, if not halt, the steady decline in poverty that has occurred in single-parent families since the onset of welfare reform. The return to unconditional cash aid would undermine work and marriage in low-income communities and make it more difficult for children in those communities to climb the ladder of upward social mobility.

The impact of unconditional cash aid without a work requirement on employment was tested in a series of experiments in the 1970s called the “negative income tax,” or NIT, experiments. These large-scale, random-assignment experiments were run in Seattle; Denver; Gary, Indiana; New Jersey; Pennsylvania; and rural areas in North Carolina and Iowa. Lower-income families and individuals were randomly assigned to “treatment” groups that received experimental welfare benefits and control groups that did not. The experimental benefits were varied in the maximum benefit given and the phase-down of benefits. None of the experimental programs required work.

The NIT experiments showed that higher benefits without a work requirement had a decisive negative impact on earnings and employment. In fact, for each $1 in extra benefits given, earning fell by 66 cents. Even worse, the experiments came with long-term negative effects on the earnings of participants that persisted long after the programs ended. Each $1 of higher benefits provided by the experimental programs led to a $5 drop in the lifetime earnings of recipients.

Some advocates argue that the Biden cash grant plan would not have the NIT anti-work effect because the benefits are uniform. Most families receive the same $3,000 per child regardless of earnings. But the NIT experiments showed that the anti-work impact came from the lack of work requirement and the maximum benefit given; altering the phase-down rates did not impact work.

Right now, the Biden plan would be temporary -- but advocates intend to make this welfare expansion permanent. If the child tax credit expansion were permanently enacted, it would destroy the foundations of welfare reform. This increased cash benefit without work would take more low-income Americans out of the workforce.

This would make it far more difficult to raise incomes and reduce poverty in the long term. Nonworking families would be pushed to the margins of society, and children raised without the role model of a working adult in the home would have greater difficulty achieving success.

If we truly care about the long-term success of low-income Americans -- especially children -- policymakers should start by stopping this assault on welfare reform.