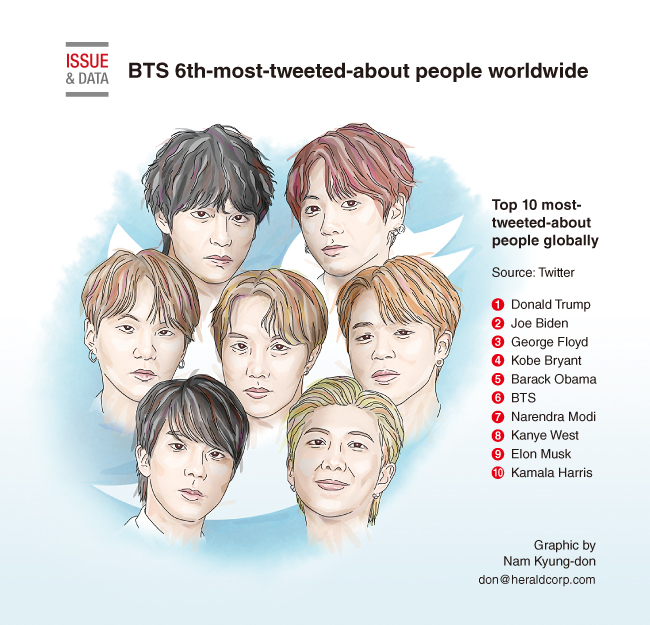 While US President Donald Trump and President-elect Joe Biden topped the list, BTS was one of two music acts to make the list of the 10 most-tweeted-about global figures. The other was American rapper Kanye West.

BTS also topped Twitter’s list of the most-tweeted-about K-pop accounts globally this year for the fourth year in a row. It was followed by boy band Exo and girl group Blackpink. (Yonhap)