[Graphic News] Malaria infections in N. Korea halve in 2019: WHO 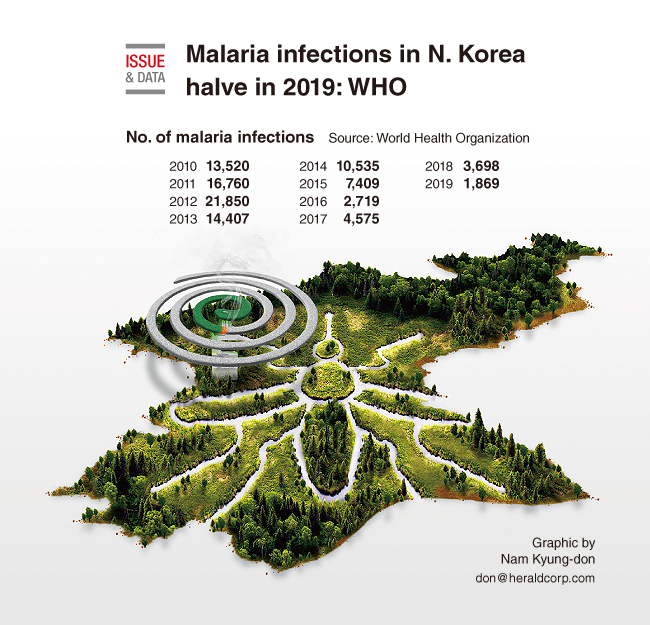 The number of malaria infections in North Korea nearly halved in 2019 from a year earlier, a UN agency’s report showed, as global aid organizations have worked to help with the impoverished country’s fight against the contagious disease.

According to the report by the World Health Organization, North Korea reported a total of 1,869 malaria cases last year, compared with 3,698 tallied a year earlier.