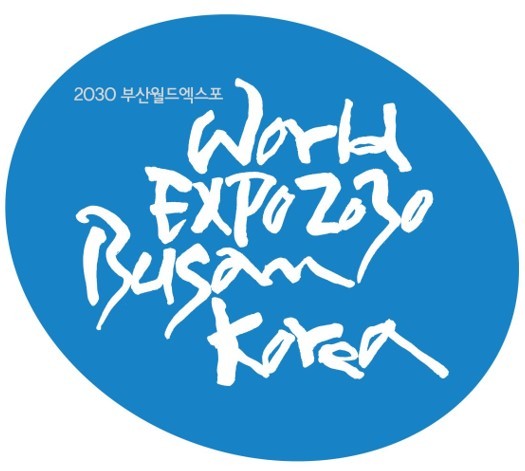 By bidding to host the 2030 World Expo in Busan, South Korea is striving for an opportunity that will enhance its national competitiveness and the city’s global brand status. As the nation’s second-largest city, Busan will be the first city in Korea to hold a World Expo if the bid succeeds. It is Korea’s first attempt to host a World Expo after 137 years of taking part in such events, starting with the Chicago Expo in 1893.

A World Expo is one of the world’s three “mega-events,” along with the World Cup and the Olympics. It is where people gather to discuss the achievements and future prospects of humankind. It further serves as an economic and cultural platform to present visions for the future and possible solutions to the issues faced by countries around the world.

International expositions can be World Expos, lasting for six months, or specialized expos lasting half as long and focusing on a narrower range of subjects. A World Expo has greater economic effects as the participating countries pay their own expenses.

If Busan hosts the 2030 World Expo, more than 50 million domestic and foreign visitors can be expected during the six months it is going on, generating economic effects of up to 61 trillion won ($55.86 billion). As the World Expo is not just a fair, but a showroom that displays the host country’s capabilities and capacity, Korea plans to use the Busan Expo to demonstrate the leaps it has made as an advanced country. Korea would then become the seventh country in the world to have held a World Expo, a World Cup and an Olympics -- all three of the mega-events that draw visitors from around the world.

World Expo 2030 Busan Korea is the mega-event that Busan’s citizens have been dreaming of -- their platform to promote Busan as the “maritime capital of Northeast Asia.” They are yearning to show Busan to the world and to revive the local economy as well.

In July 2014, the Busan Metropolitan Government established a plan to host the event. To have the bid recognized as a national project, in July 2015 it launched a citizens’ committee consisting of about 730 members from civic groups, cooperating organizations and political bodies. Around 1.39 million signatures were gathered in support of the idea within the first five months of campaigning.

In addition, 23 organizations, including the Busan Metropolitan Council, a council of district and county heads and the Busan Chamber of Commerce and Industry, adopted a proposal for a national policy to pursue the 2030 World Expo. As a result, more than 5,000 citizens supported a resolution to that effect in February 2018. A political push and a public debate in March 2018 helped build a consensus, and in May 2019 the coalition finally obtained approval for the World Expo 2030 bid to be considered a national project.

In November 2019, a government team was established with the aim of hosting the 2030 World Expo in Busan. The central government and the Busan Metropolitan Government plan to cooperate actively to host the event in 2030.

“If Busan hosts the World Expo, it will be a good opportunity for the southeastern region to revive while once again highlighting Korea’s status to the rest of the world. Considering that creativity and competitiveness are most crucial to the Busan World Expo master plan, we will draw sympathy from those all around the world by sharing plans of theme development, exhibition hall building and post-Expo utilization plans.”

The Korean government officially expressed its intention to host the 2030 Busan World Expo at the 167th Bureau International des Expositions meeting on Dec. 1, standing on the global competition stage. Moscow also expressed its desire to host the event, a sign that there will be fierce competition ahead.

At the meeting, the Korean government representative said, “Busan’s manufacturing industry played a major role in remarkable economic growth amid the aftermath of the Korean War. Busan already hosts numerous cultural events including those for K-pop, K-films and games, serving as the best place to host an expo that embodies Korea’s history, present and future. The Korean government will not hesitate to support it in hosting the 2030 World Expo.”

The Bureau International des Expositions is expected to decide the official venue at its general meeting in the second half of 2023.