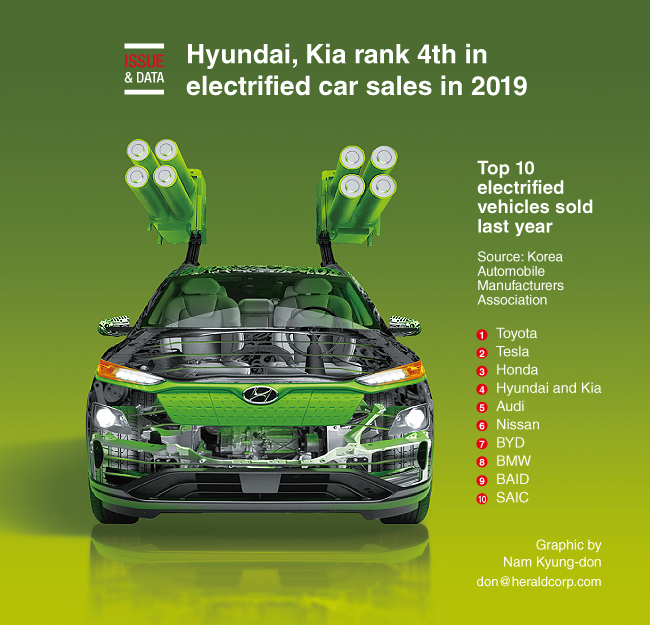 Hyundai and Kia sold a combined 350,000 electrified models in global markets in 2019, up 25 percent from a year earlier, the Korea Automobile Manufacturers Association said in a statement.