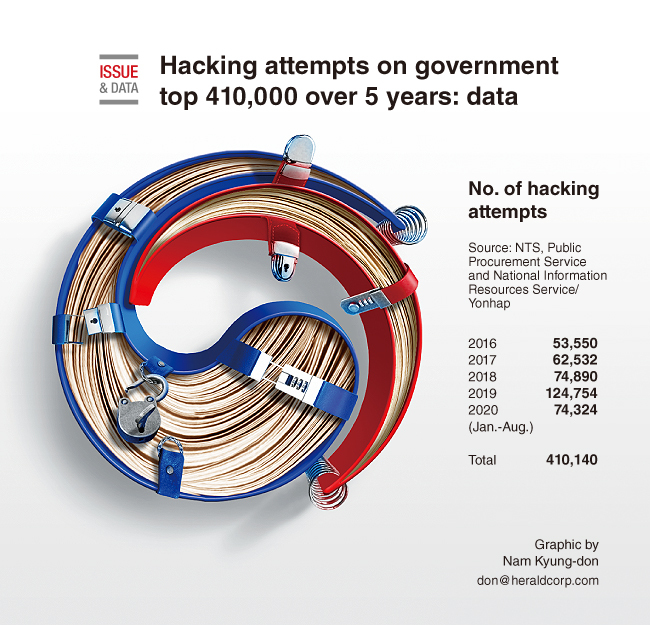 South Korea’s major government systems have suffered more than 410,000 hacking attempts over the past five years, with more than a quarter originating from China, data showed.

A total of 410,140 hacking attempts targeting the Finance Ministry, the National Tax Service, the Public Procurement Service and the National Information Resources Service were detected between 2016 and August this year, according to the data for an annual parliamentary inspection of the agencies.

A majority of the IP addresses used for the attacks were traced to China (27.9 percent) and the United States (16.7 percent). (Yonhap)