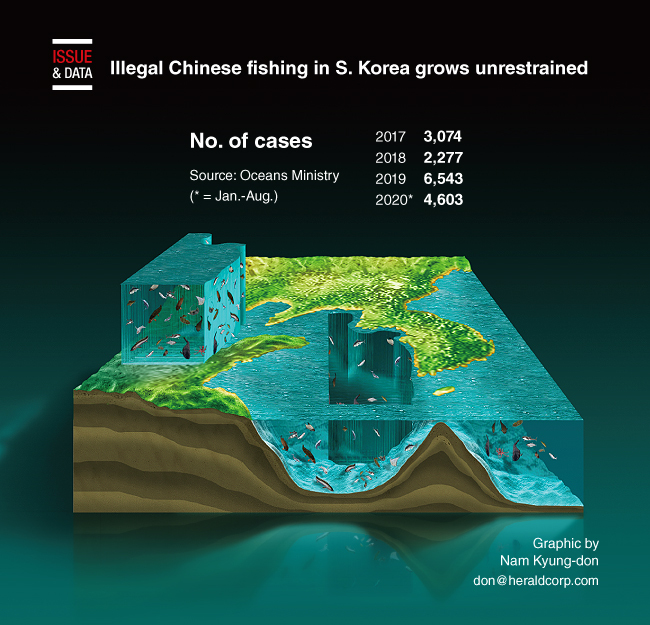 Illegal fishing by Chinese boats in South Korean waters has grown increasingly rampant, with reported cases more than doubling from 2017 to 2019, according to a lawmaker.

The number of cases of either arrest or expelling of Chinese fishing boats operating in South Korea's western waters reached 6,543 in 2019, according to Rep. Hong Moon-pyo of the main opposition People Power Party.

The lawmaker cited data submitted by the Ministry of Ocean and Fisheries and the Korea Coast Guard.