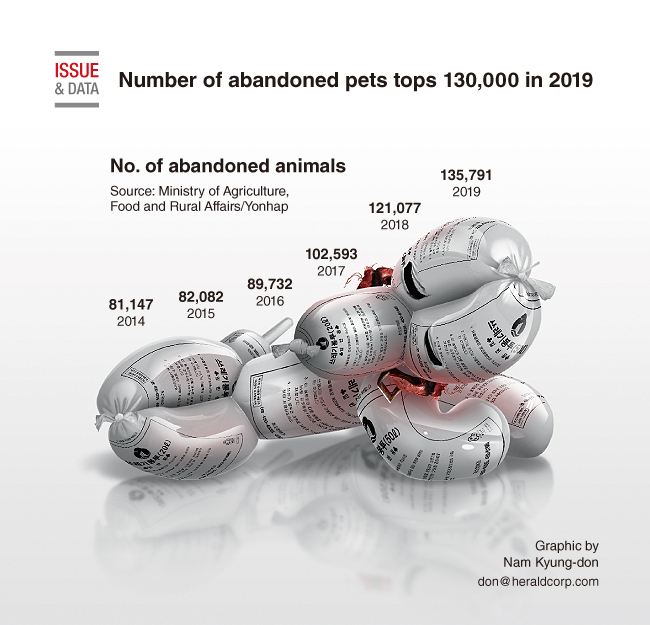 The number of abandoned animals in South Korea passed the mark of 130,000 in 2019, amid a decline in animal shelters, government data showed.

A total of 135,791 dogs, cats and other pets were deserted or lost last year, compared to 121,077 a year earlier, according to data from the Ministry of Agriculture, Food and Rural Affairs.

The data was submitted to a ruling party lawmaker for an annual parliamentary inspection of the ministry.

The number of abandoned pets in South Korea has soared 67.3 percent over the past five years, rocketing to last year’s tally from over 81,100 in 2014. (Yonhap)