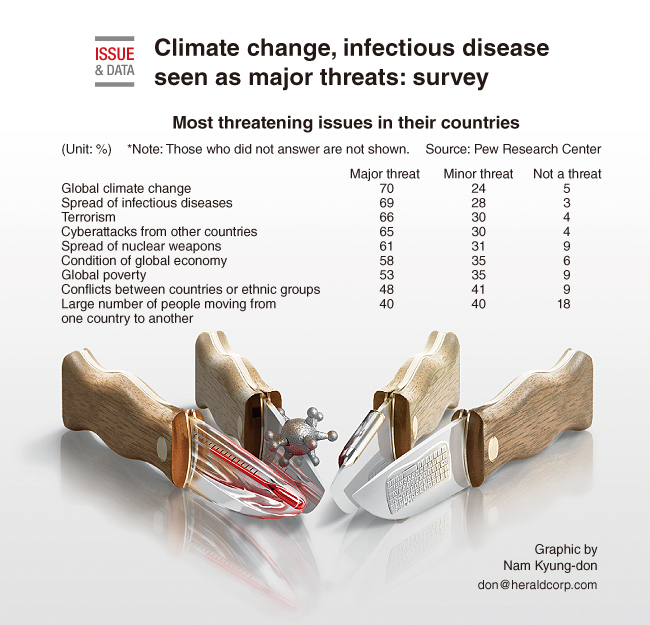 Climate change and the spread of infectious diseases are seen as the top threats by the majority of people in 14 economically advanced nations surveyed by the Pew Research Center.

In similar surveys conducted by the Washington-based center in 2013, 2016, 2017 and 2018, the chief threats were seen as climate change and terrorism.

A median percentage of 70 percent cited climate change as a major threat to their countries, followed by the spread of infectious diseases with 69 percent, terrorism (66 percent), cyberattacks from other countries (65 percent) and the spread of nuclear weapons (61 percent). (AFP)