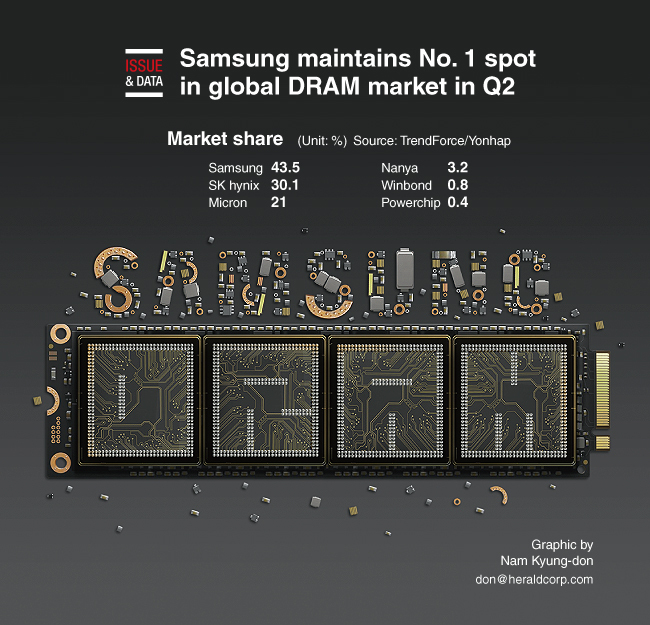 Samsung Electronics maintained its dominant status in the global DRAM market in the second quarter of the year, a report showed, as the pandemic drove demand for server chips.

The South Korean tech giant’s market share in the global DRAM market stood at 43.5 percent in the April-June period, down 0.6 percentage point from three months earlier, while its revenue increased 13.8 percent to $7.4 billion over the cited period, according to data from market researcher TrendForce.

Its local rival SK hynix came in second with a 30.1 percent market share in the second quarter, up 0.8 percentage point from three months earlier. Its revenue surged 18.7 percent on-quarter to $5.1 billion. (Yonhap)