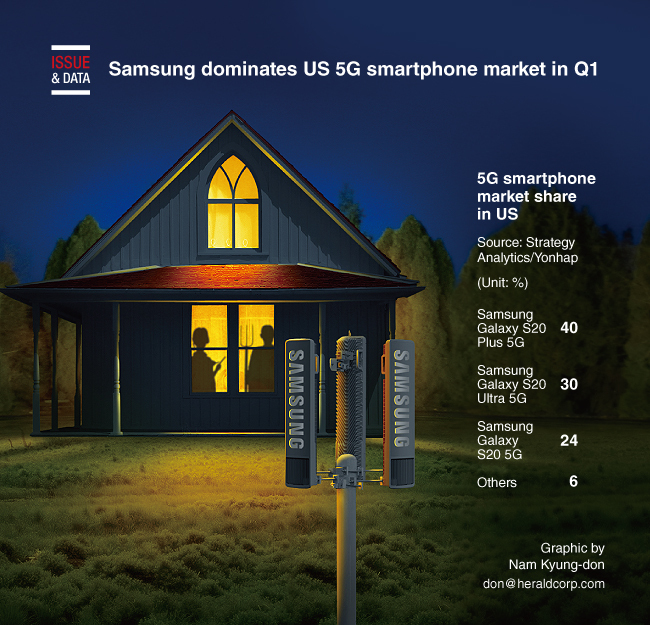 Samsung Electronics dominated the 5G smartphone market in the United States in the first quarter of the year, a report showed.

Samsung’s Galaxy S20 series, which was unveiled in February, made up 94 percent of the US 5G smartphone market in the January-March period, according to market tracker Strategy Analytics, with the S20 Plus being the bestselling model.

The midtier S20 Plus accounted for 40 percent, followed by the high-end S20 Ultra with 30 percent and entry-level S20 at 24 percent, according to the report. (Yonhap)