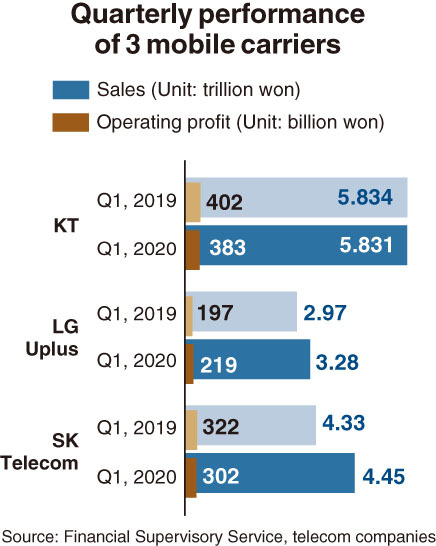 South Korea’s three mobile carriers’ performance in the first quarter can be summarized as “comparatively good” despite the huge negative effects of the novel coronavirus.

LG Uplus was the only one that saw an increase in sales of 3.28 trillion won and operating profit of 219.8 billion won, up 11.9 percent and 11.5 percent on-year, respectively.