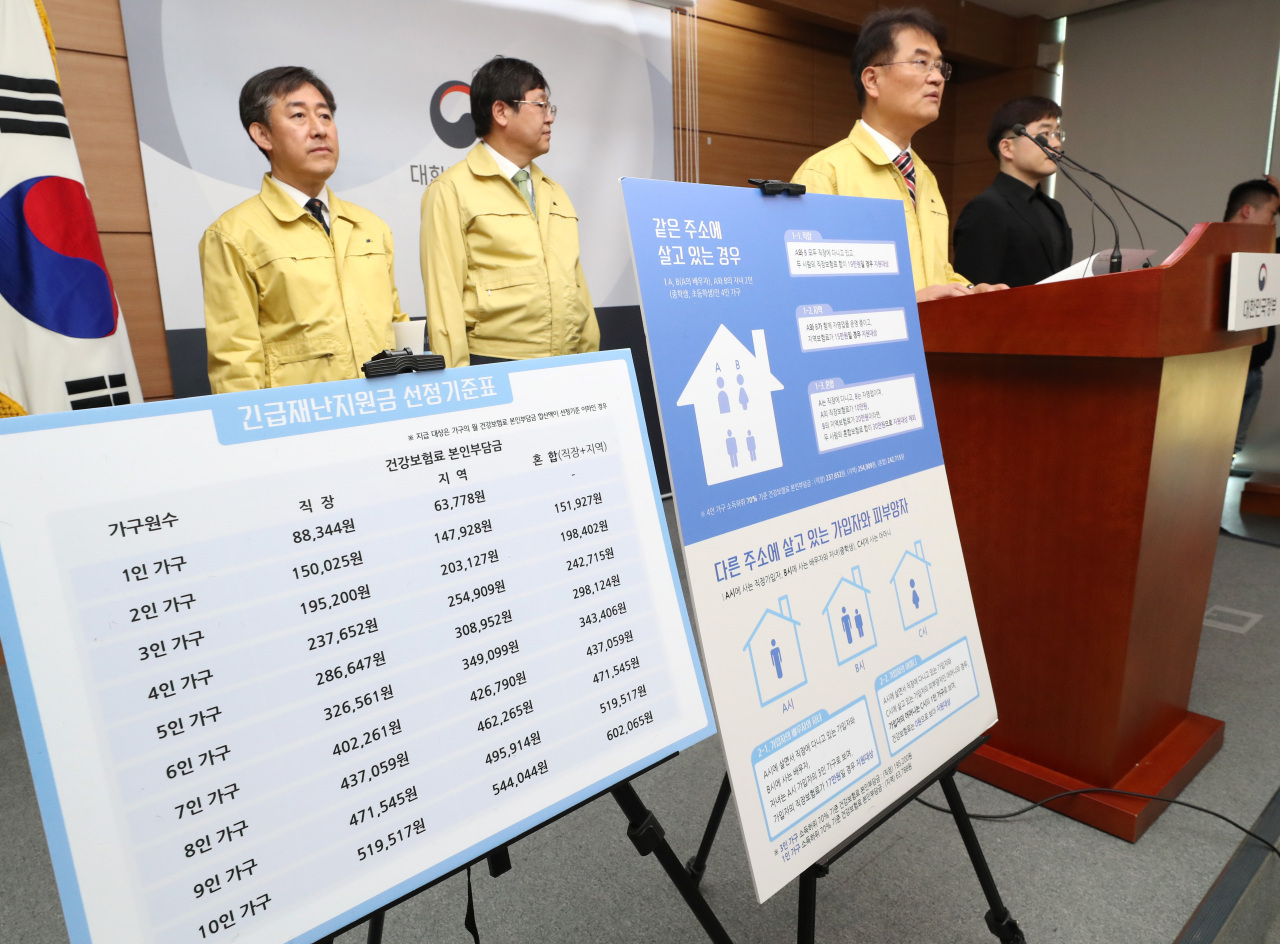 1. 58% in poll say everyone should get disaster relief

[1] Six out of 10 Koreans think the government should pay emergency disaster relief money to everyone, not just the bottom 70 percent income bracket as planned to help fight COVID-19, a recent survey showed.

[3] “Approvals (of universal payout) outnumbered disapprovals in most regions, age groups, political party support bases and ideological spectrums, but they came close to a tie in Seoul, among women and supporters of the Justice Party. Among those in their 20s, there were more nays than yeas,” Realmeter said.

[4] Yeas were especially dominant in Gwangju-Jeolla Provinces, Busan-Ulsan-South Gyeongsang Province, among men, people in their 40s and 50s, and supporters of the Democratic Party.

[1] Night clubs and bars here were on high alert after it was revealed Tuesday that a female bar employee at one of Seoul’s biggest bar districts was confirmed with COVID-19.

[2] The employee, 36, whose test results turned out to be positive last Thursday, is believed to have contracted the COVID-19 after coming into contact with a virus patient, Yoon Hak of K-pop group Supernova, on March 26.

[3] The singer, 37, was diagnosed with the infection on April 1 and has since been in isolation at a medical center in Seoul, according to Seocho District.

[4] Sparking fears of the bar in Yeoksam-dong, southern Seoul potentially becoming an infection cluster, the sickened employee is believed to have worked a nine-hour shift on March 27-28.