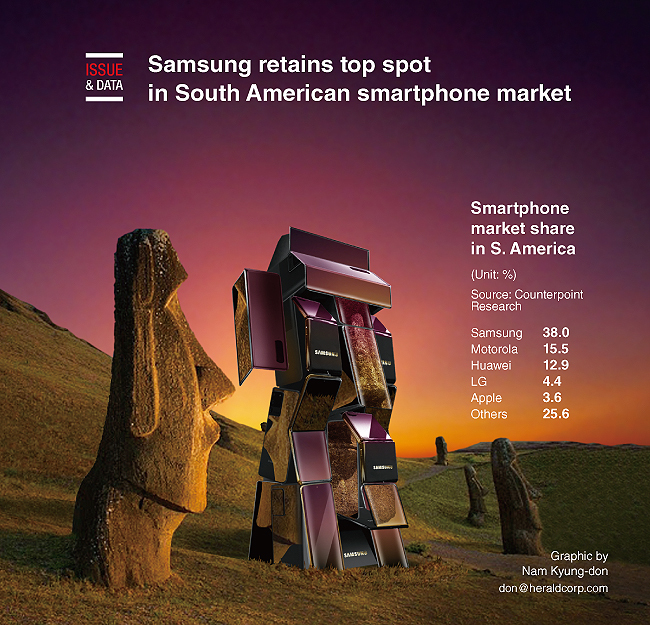 Samsung accounted for 38 percent of the South American smartphone market in 2019, up 1.4 percentage points from a year earlier, according to market researcher Counterpoint Research.

Motorola was the runner-up with a 15.5 percent market share, up 2.7 percentage points from a year ago, while Huawei Technologies came in third place and LG Electronics and Apple were fourth and fifth on the list, respectively. (Yonhap)