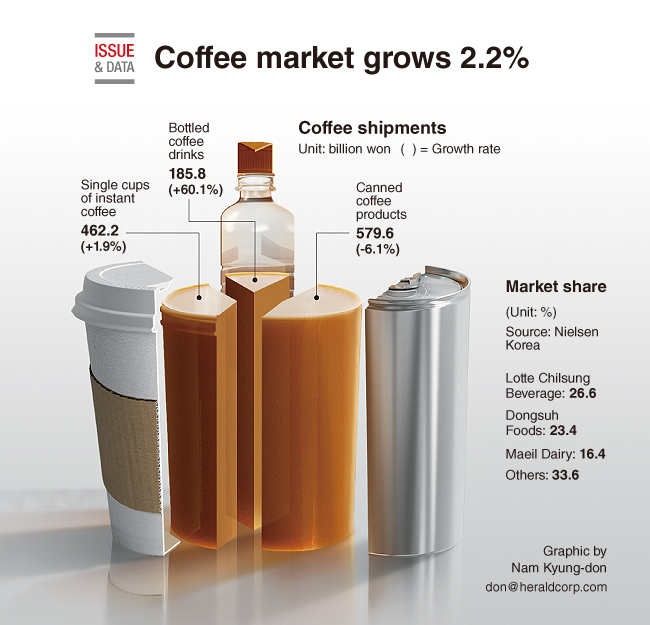 The South Korean market for coffee drinks expanded more than 2 percent in 2019 thanks mainly to strong sales of bottled products, a market tracker said.

Sales of coffee drinks came to 1.32 trillion won ($1.1 billion) last year, up 2.2 percent from the previous year, according to Nielsen Korea.

Lotte Chilsung Beverage was the market leader with a share of 26.6 percent, followed by Dongsuh Foods and Maeil Dairy, according to the data. (Yonhap)