“There are stories that stimulate my imagination as I read on. They make me wonder how alike or different those imaginations will be when the stories are actualized on the set,” Park said at a press conference in Seoul on Monday.

Park exclaimed she got goosebumps just reading the script of “Call.”

The upcoming movie is a science-fiction thriller revolving around a phone call that connects two women of different time periods.

Seo-yeon, played by Park, comes home to find an outdated-looking phone on which she becomes connected to Young-sook, who had lived in the same house 20 years earlier. Although they have never met each other, through the phone call, the two women living 20 years apart quickly become close. 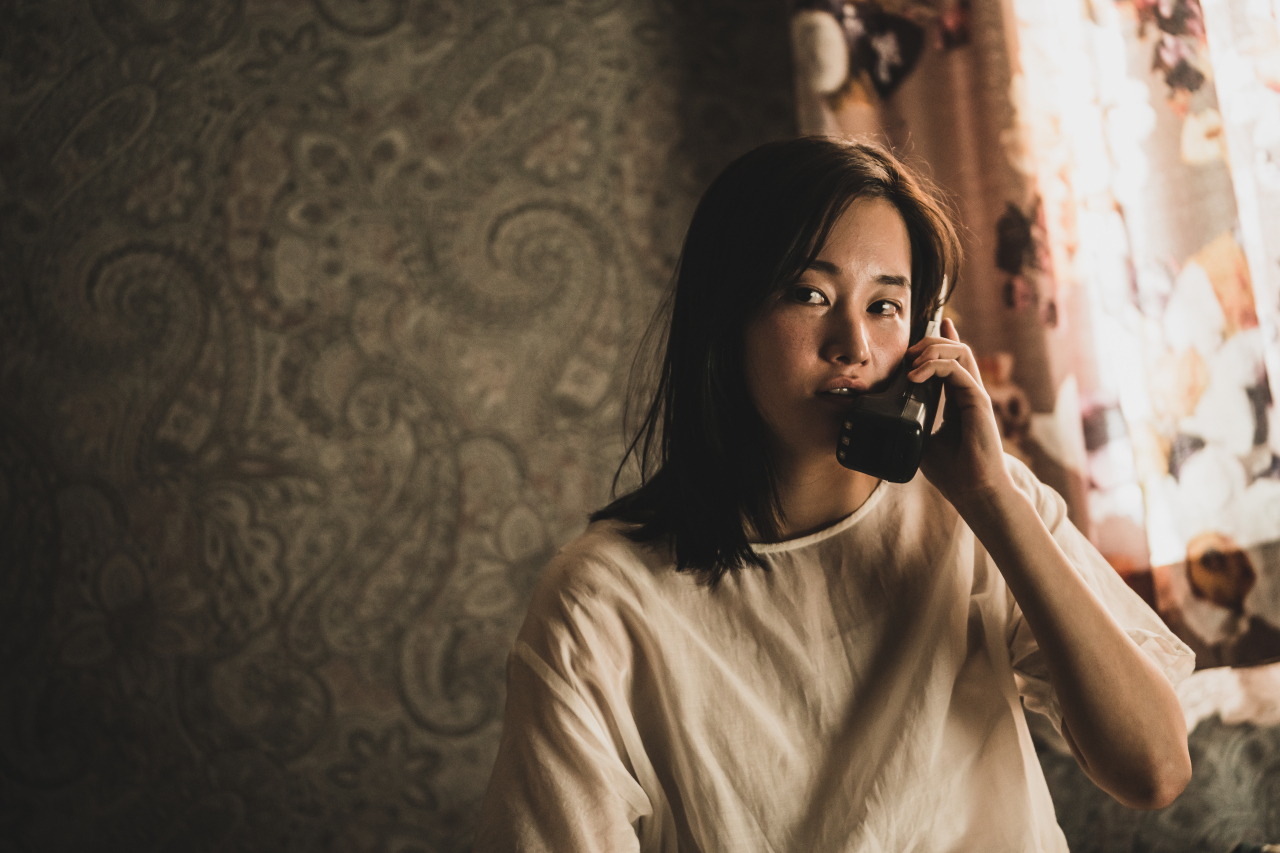 "Call" (NEW)
Actress Jeon Jong-seo, who received wide recognition in 2018 with her film debut in Lee Chang-dong’s “Burning,” plays the woman living in 1999, who then tries to change the future through her phone calls with Seo-yeon.

Director Lee Chung-hyun, who said he watched “Burning” three times in the movie theaters, said he knew Jeon would be the best fit for Young-sook the instant he saw her on the screen.

Jeon, who played the uncanny and surreal character Hae-mi in “Burning,” says her character in the upcoming movie is very different from her previous role.

“Young-sook is a character who is always emotionally overheated and is seemingly violent and aggressive,” Jeon said.

The eldest and most experienced among the all-female leads, Kim said she had an exceptionally pleasant time on the set with her fellow actresses.

“Although the story of the film was scary, the shooting itself was all eating, talking and laughing,” Kim said.

Lee El plays the most mysterious character among the four leads, a shaman and the spiritual mother of Young-sook who tries to control the young woman’s destiny. A spiritual mother or father initiates the possession ritual and training process of to-be shamans.

According to the director, Lee was the only actress he had in mind for the role, owing to her unique and uncommonly strong looks.

The movie is set to open in local theaters in March.