[The Heirs (1)] Succession at CJ slow but remains on track

In taking over their parents’ multibillion-dollar chaebol, heirs follow a similar path.

Young heirs begin their careers at key affiliates, usually at a manager level, and fast ascend to executive posts. Their shares in an unlisted company are magically turned into stakes in the group’s holding firm -- or de facto holding firm, often through intra-corporate trading, splits and mergers.

This has been the case for most Korean conglomerates, including Samsung, Hyundai Motor, SK and Hanwha.

If the first- to second-generation power transition at chaebol groups had been considered by the public as natural, the second- to third- or even to fourth-generation handovers have become trickier, with stricter scrutiny of trade practices and a less tolerant public.

Owner families are getting cleverer in finding ways for their heirs to gain control.

At CJ, the country’s 14th-largest conglomerate with a strong presence in food and entertainment, the heir apparent is Lee Sun-ho, 29, the only son of Chairman Lee Jae-hyun and great grandson of Lee Byung-chul, the late founder of the Samsung empire.

Lee led the food strategy planning division at the group’s key unit CJ CheilJedang until September, when he temporarily took a leave of absence due to a drug scandal.

He holds a 2.8 percent stake in CJ Corp., the group’s holding firm that controls around 80 affiliates worth 31 trillion won ($26 billion). The stake was acquired last year as his shares in CJ Systems given by his father in 2014 were exchanged with shares of CJ Corp. CJ Systems was merged with Olive Young in 2014 to become Olive Networks and split again to be merged with CJ Corp. last year.

But Sun-ho’s stake will increase to 5.1 percent after 10 years as his father used an unconventional way of transferring shares to his children. On Dec. 9, Lee gave his son and daughter Kyung-hoo 920,000 convertible preferred stocks each. Convertible preferred stocks, which provide a holder with dividends, are converted into ordinary shares with voting rights after 10 years. This way, the family can enjoy both a tax reduction and dividends.

On Friday, CJ declared a cash dividend of 1,850 won per share of common stock and 1,900 won per share of preferred stock, up around 27 percent on-year, even though its consolidated net income declined 63 percent. As a result, Sun-ho and Kyung-hoo are expected to receive dividends of 1.5 billion won and 600 million won, respectively. 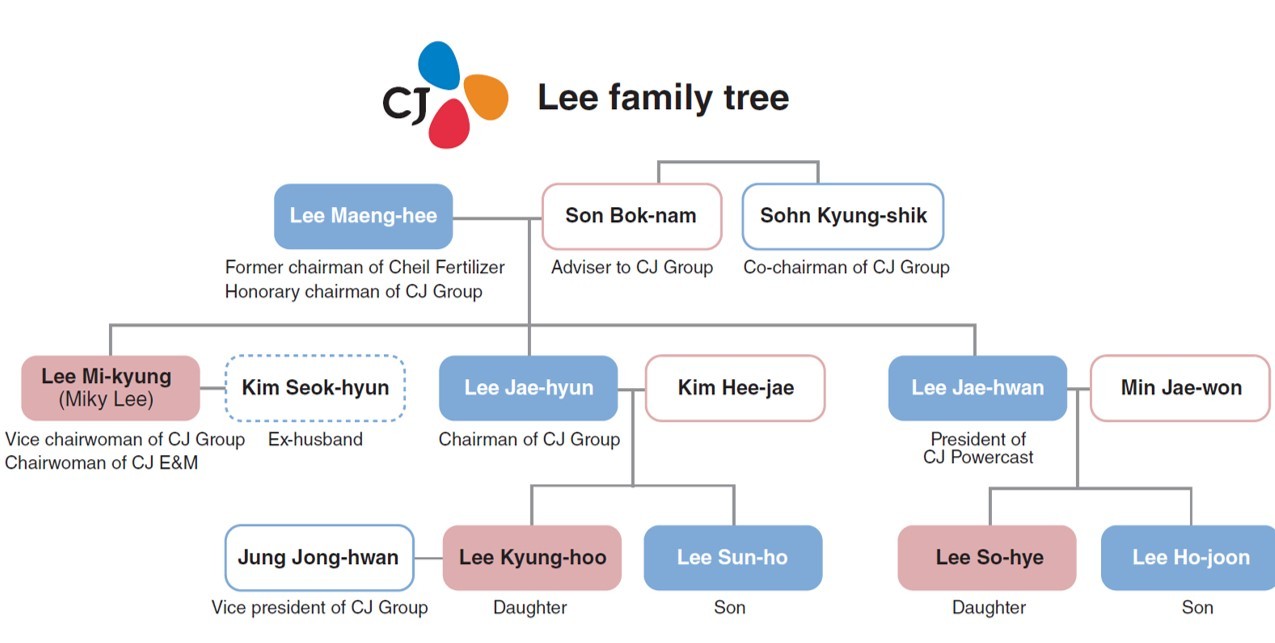 
Parents giving their shares to their heirs itself is not wrong, said Bang Moon-ok, director of the Korea Corporate Governance Service.

“But, if (owner families) attempt to maximize their stakes or reduce taxes in the process, other stakeholders may suffer,” he said, declining to specify a company.

The latest merger between CJ Olive Networks and CJ Corp. damaged shareholders of the holding firm by overestimating shares of the former, claimed a local civic group, People’s Solidarity for Participatory Democracy.

“The shares of CJ Olive Networks was overvalued, while those of the holding firm were undervalued. Sun-ho secured a 2.8 percent stake in CJ Corp. at the cost of minority shareholders,” said Lee Ji-woo, a coordinator at PSPD.

The convertible preferred stocks also raise concerns over corporate governance, as they are used in family succession schemes. The prices of preferred stocks are lower than common stocks because they do not have voting rights for a specified period.

Through the donation, the chairman is estimated to save around 25 billion won in gift tax, considering the closing price as of Dec. 9 of the preferred stocks of CJ Corp., which was 65,400 won, compared to 90,500 won of common shares. Lee’s children will also enjoy around 100 million won in dividend payouts each year.

Corporations could lose competitiveness if a family member whose ability is not verified inherits the company, said Kim Woo-chan, a business professor at Korea University.

“The donation of the preferred stocks was made while the investigation on Sun-ho was still ongoing and the group faced restructuring due to financial deterioration,” said Park Ju-geun, head of corporate watchdog CEO Score. “This clearly shows the owner’s family put themselves first before the group.”

On Feb. 6, the Seoul High Court sentenced Sun-ho to a sentence of three years in prison, suspended for four years, for smuggling liquid marijuana after he was caught in September.

“Although he immediately took time off when the scandal broke, he will return when things quiet down. It is just a matter of time,” a CJ insider said.

Despite the scandal, Sun-ho is still “the strongest candidate” for the leadership, they added. 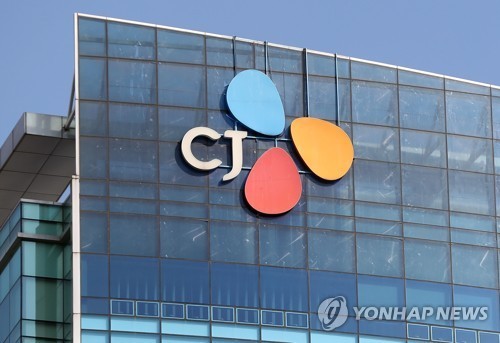 
Last year, CJ CheilJedang purchased the US frozen food maker Schwan’s worth around 2 trillion won. This is in line with Chairman Lee’s vision of “World Best CJ” to achieve the world-leading positions in food, logistics and culture by 2030. The group saw its brand value surge after having co-produced the history-making movie “Parasite” by director Bong Joon-ho.

Along with its major global cash cow CJ CheilJedang, other affiliates such as CJ Logistics have been making forays into the global market. The logistics arm set up CJ Logistics America -- a joint operating company of its subsidiaries in the United States and Canada -- by merging with DSC earlier this month. It also merged its Malaysia corporation to reinforce its capacity in Southeast Asia this month.

But there is speculation that the purchase of Schwan’s could be related to the transition of control to Sun-ho, who moved in May from a bio division to head the food strategy division that strategizes the group’s global food business.

“Although the acquisition was not made only for the succession, it cannot be said they are irrelevant. In order to hand over a behemoth, it is inevitable for the heir to prove his or her management capacity. Making CheilJedang globally successful is a perfect task for the succession,” said an industry source.

This is similar to the case of Samsung Chairman Lee Kun-hee, who is credited with pioneering chip business although the venture was envisioned by his father Lee Byung-chul.

Following the acquisition, Sun-ho began to be involved in Schwan’s business, traveling to Minnesota, although this came to a halt in September as the drug scandal broke.

Shareholders are critical of the acquisition because the food firm’s shares have plunged since and its financial structure was affected.

Since CJ’s announcement of its plan to acquire Schwan’s in November 2018, the share price of CheilJedang has dropped more than 20 percent to date. Due to massive debts, CJ had to sell off its properties worth 850 billion won and lucrative coffee brand, A Twosome Place.

“A drop in share prices -- whether it is deliberate or not -- ahead of the succession is still a good sign for the heirs. A rise in share prices after they are involved can be a barometer to prove their performance,” said a local analyst, who asked for anonymity.

“It is like taking a big bath -- manipulating a company’s income statement to look poor in order to make future results appear better.”