[Eye plus] Making art out of straw

They -- along with smaller animals, scarecrows and other figures arranged on the pool grounds during the offseason -- are all made of straw from this year’s rice harvest. The sculptures are the works of artist Lee Chun-su and the people of Buan County in North Jeolla Province. About 30 works are on display as part of the rural county’s efforts to showcase what it calls “straw art” and promote its annual straw festival in mid-October. 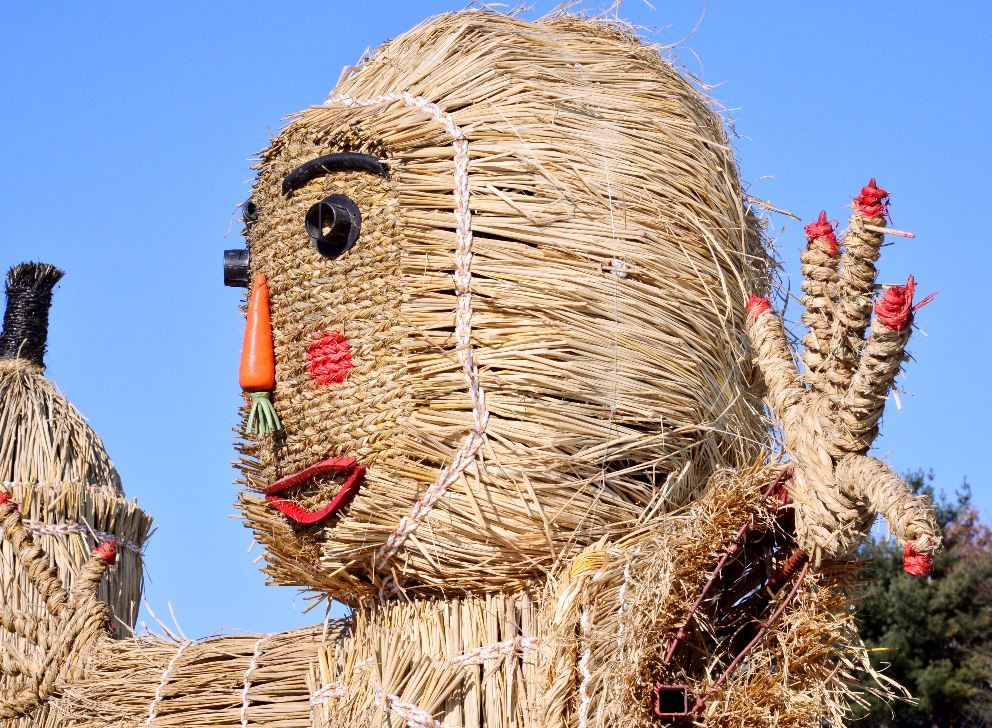 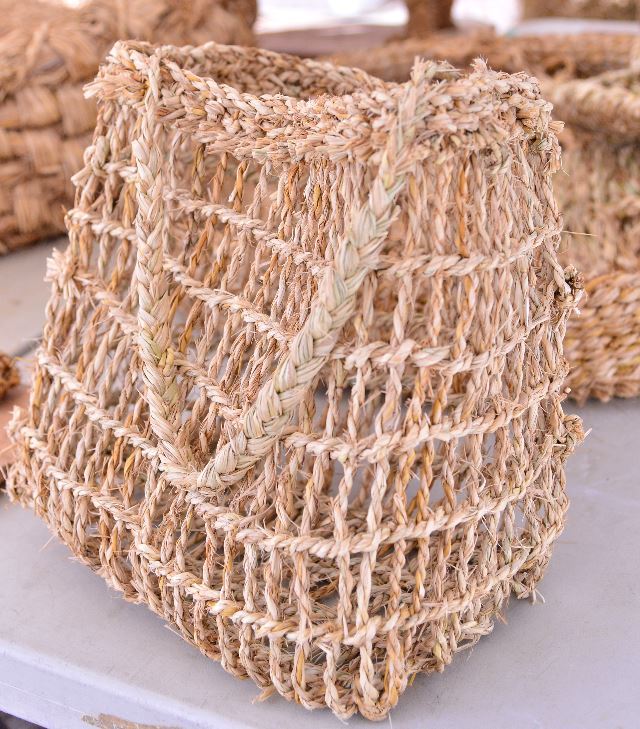 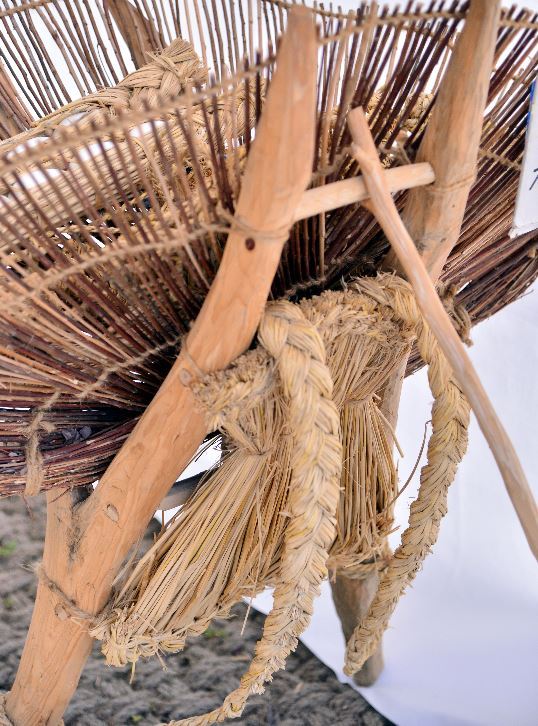 Known for its premium rice, Buan has hosted the festival since 2016 in celebration of the harvest season.

Straw is a symbol of Korea’s long history as an agricultural nation, before the era of manufacturing began. Farming now contributes just 2 percent of the country’s gross domestic product -- it was over 50 percent in the early ’70s -- but even now it remains a key source of household income in southern parts of the country such as the Jeolla provinces.

Koreans have traditionally made good use of rice straw, found in abundance in rice paddies after the fall harvest. It was fed to animals or woven into shoes and a vast array of other daily items. 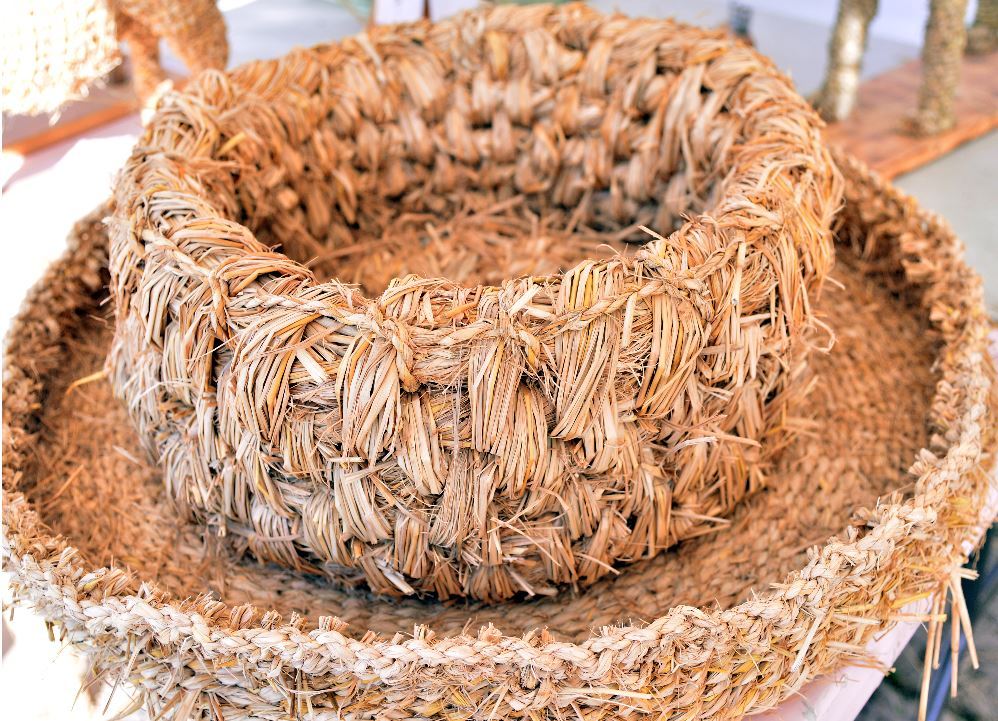 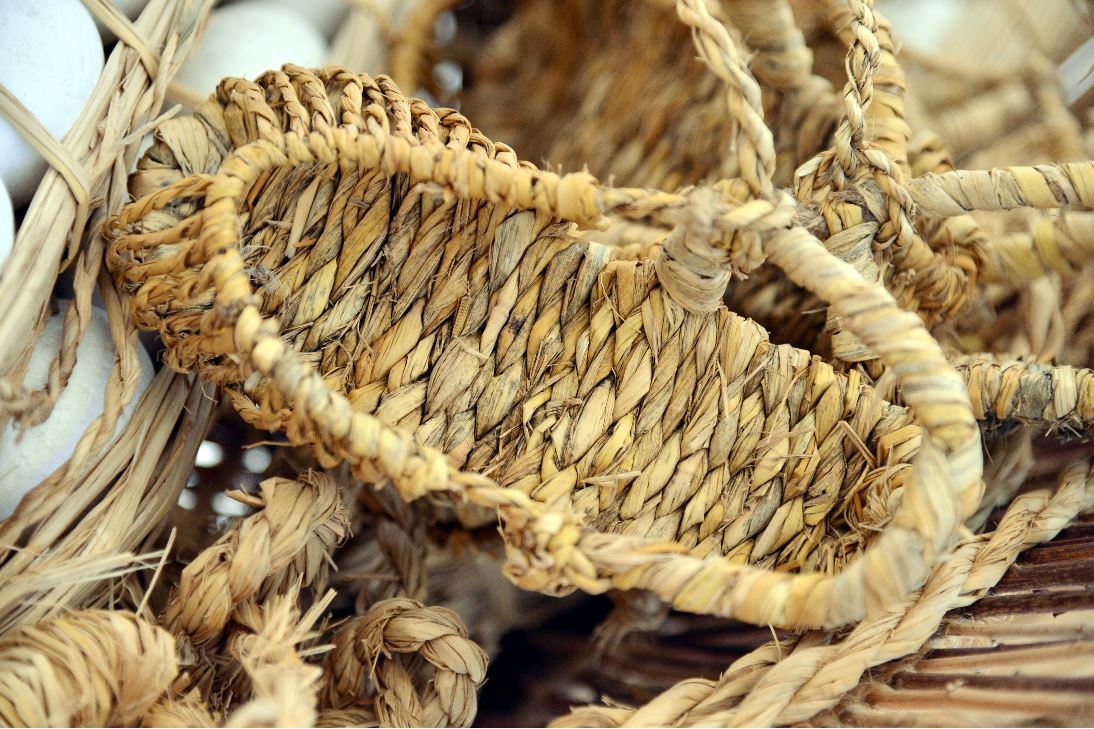 Jipsin, straw shoes, were widely worn by commoners until the early 20th century, before factory-made rubber shoes replaced them. Thatch cottages were the norm for dwellings until modernization. 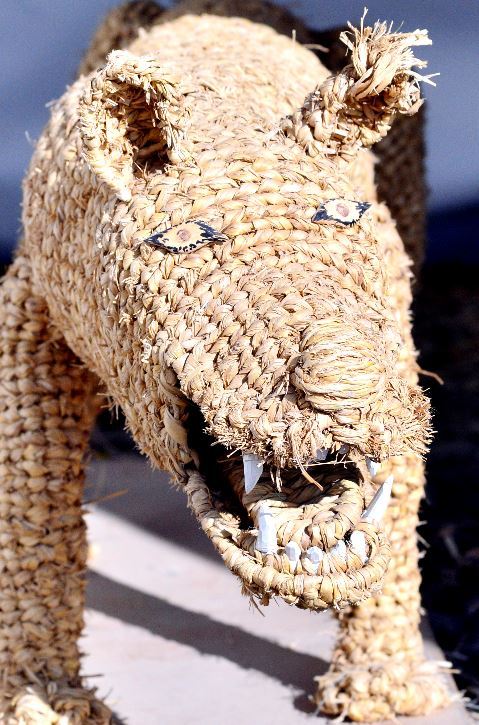 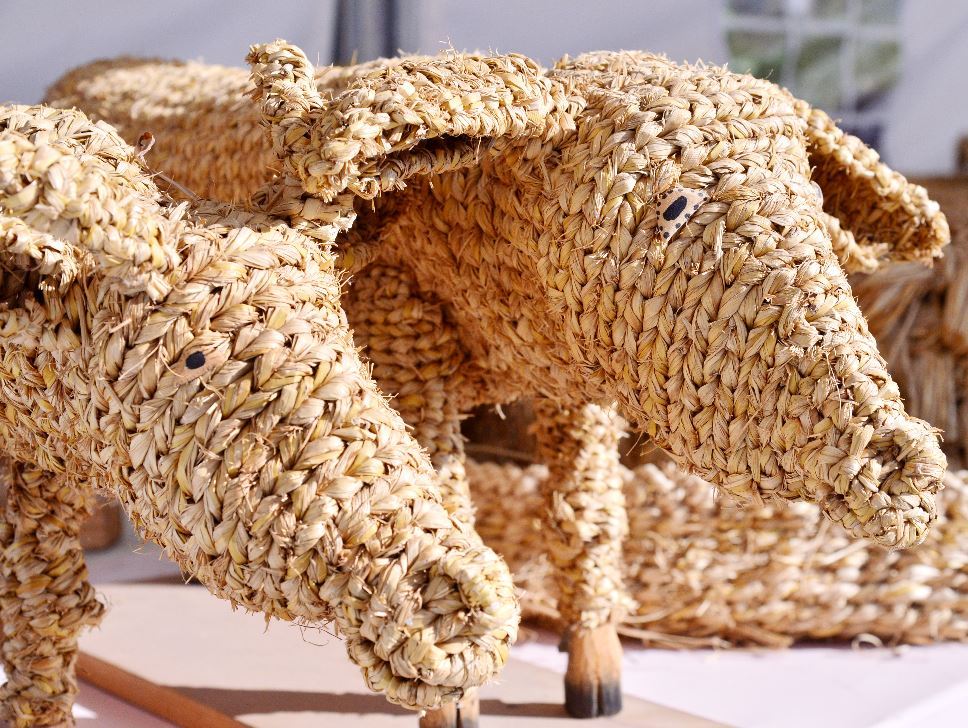 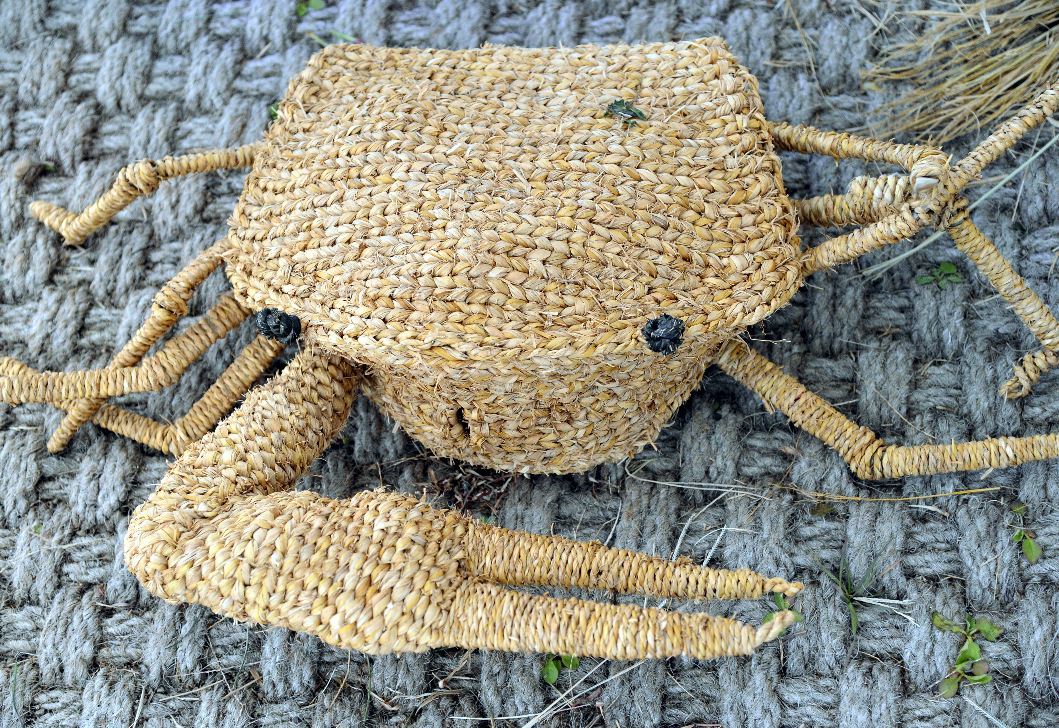 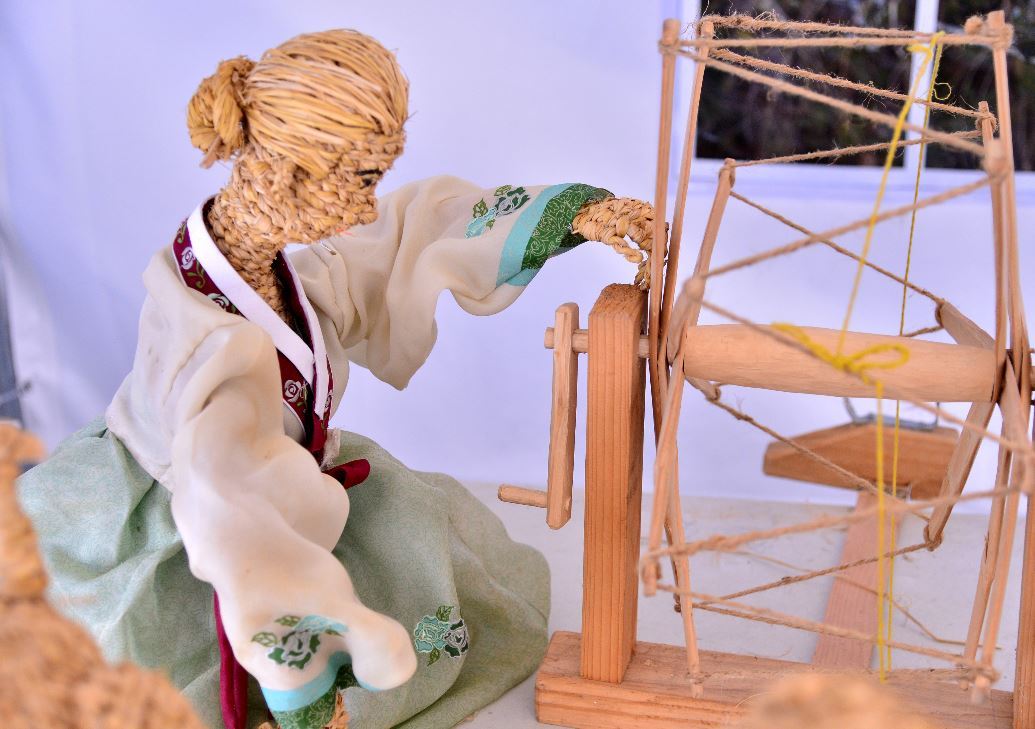 The straw art exhibition will continue through March at the Jungnang Stream Outdoor Pool near Sagajeong Station on Subway Line No. 7. It is free of charge and open 24 hours a day.