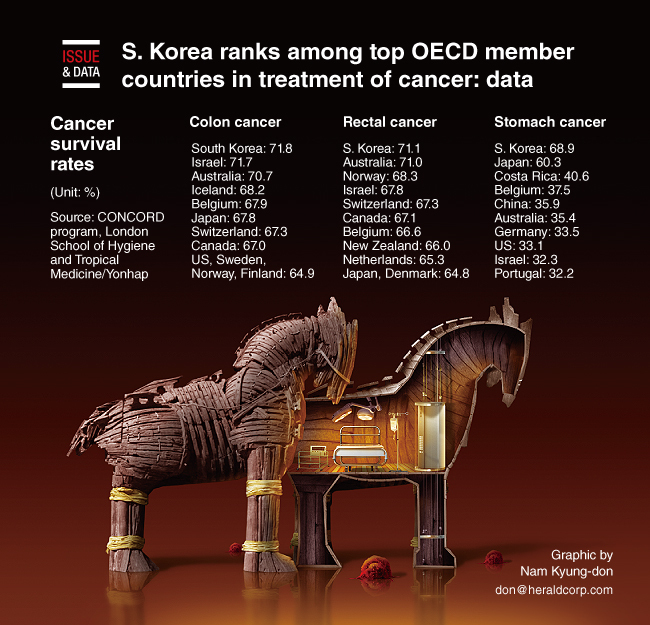 South Korea ranks as one of the leading members among the Organization for Economic Cooperation and Development in the treatment of cancer, medical data showed.

The 2019 Health at a Glance report released by the Paris-based organization said Asia’s fourth-largest economy had the highest five-year survival rate for colorectal, rectal and stomach cancers among the 32 member states checked, the Ministry of Health and Welfare, which examined the data, said.

The cancer survival rate, which is a key measure of cancer treatment effectiveness, revealed the survival rate for colorectal malignant growth stood at 71.8 percent, with corresponding numbers for rectal and stomach cancer reaching 71.1 percent and 68.9 percent, respectively. (Yonhap)