[Graphic News] No. of China’s ‘unicorn’ startups exceed US for first time 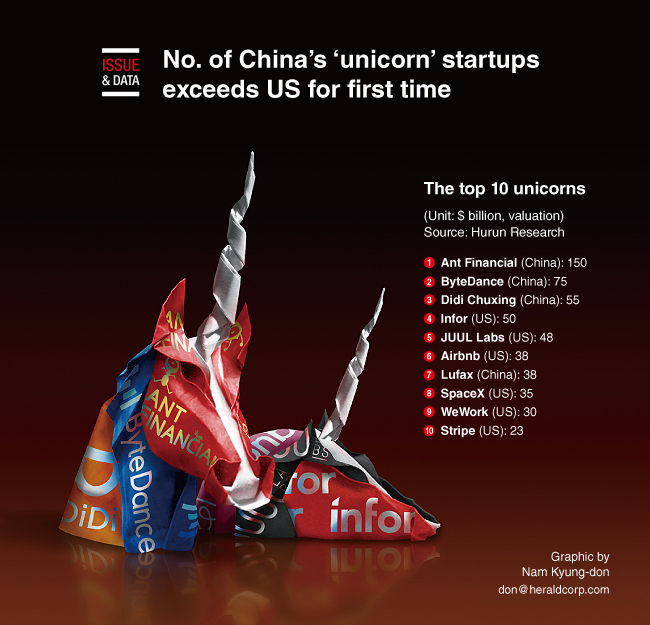 China now has more privately held startups valued by investors at over $1 billion than the US, a report said.

There were 206 Chinese firms out of a global total of 494 ultravaluable startups - known as unicorns - in June 2019, according to the research firm Hurun Report.

This makes China the country with the largest number of unicorns in the world, with the US coming in second with 203 such companies.

According to Hurun, China is home to the world’s three most valuable unicorns - Alibaba affiliate Ant Financial, app maker ByteDance and ride-hailing giant Didi Chuxing, which have a combined value of $280 billion.(AFP)