According to the Fair Trade Commission, its decision-making body failed to reach an agreement on the issue during the meeting held a day earlier. The FTC officials said they would revisit the agenda “after reviewing a similar case.”

While the antitrust watchdog did not specify the case, industry watchers speculate that it might refer to the merger of SK Broadband and Tbroad. The two companies have been awaiting FTC approval since they signed the merger agreement in April.

“We determined that there were some issues that we need to examine further,” said an FTC official, requesting anonymity due to the sensitivity of the issue. “We don’t know yet when we will reach an agreement.” 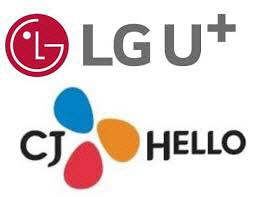 The decision to postpone the case came as a surprise for the industry watchers, who anticipated the merger proposal would gain approval as early as this week and prompt shake-up in the paid-TV market.

LG Uplus had been preparing to complete the acquisition since the FTC gave “conditional approval” last month. The company decided to purchase CJ Hello in February, and the deal is estimated to be 800 billion won ($674 million).

While the antitrust watchdog did not reveal details, it reportedly made specific demands for LG Uplus to prevent market disruption. Among them were not raising fees for its future content providers and cable TV subscribers.

“Considering its impact on market share and fair competition, LG Uplus’ merger with CJ Hello is expected to be reviewed along with other issues -- like the merger between SK Broadband and Tbroad,” said an industry watcher.

The FTC’s decision prompted speculation that the country’s paid-TV market shake-up would take longer than expected, as SK Broadband has postponed its scheduled launch date for its combined entity with Tbroad.

SK Broadband’s parent company, SK Telecom, said Thursday it decided to push back the “merger date” to Mar. 1 from Jan. 1. The company cited “delay in the review process from relevant agencies” as the main reason for the postponement.

According to the Ministry of Science and ICT, KT and its broadcasting affiliate accounted for about 31 percent of the paid-TV market. SK Broadband followed with 14.3 percent and CJ Hello with 12.6 percent.

If LG Uplus acquires CJ Hello as planned, it will emerge as the second-biggest paid-TV operator with a market share of about 25 percent. SK Broadband could also reduce its gap with KT by securing 24 percent market share with the acquisition of Tbroad.