[Eye Plus] Seonyudo, a place of peace and tranquility inside Seoul 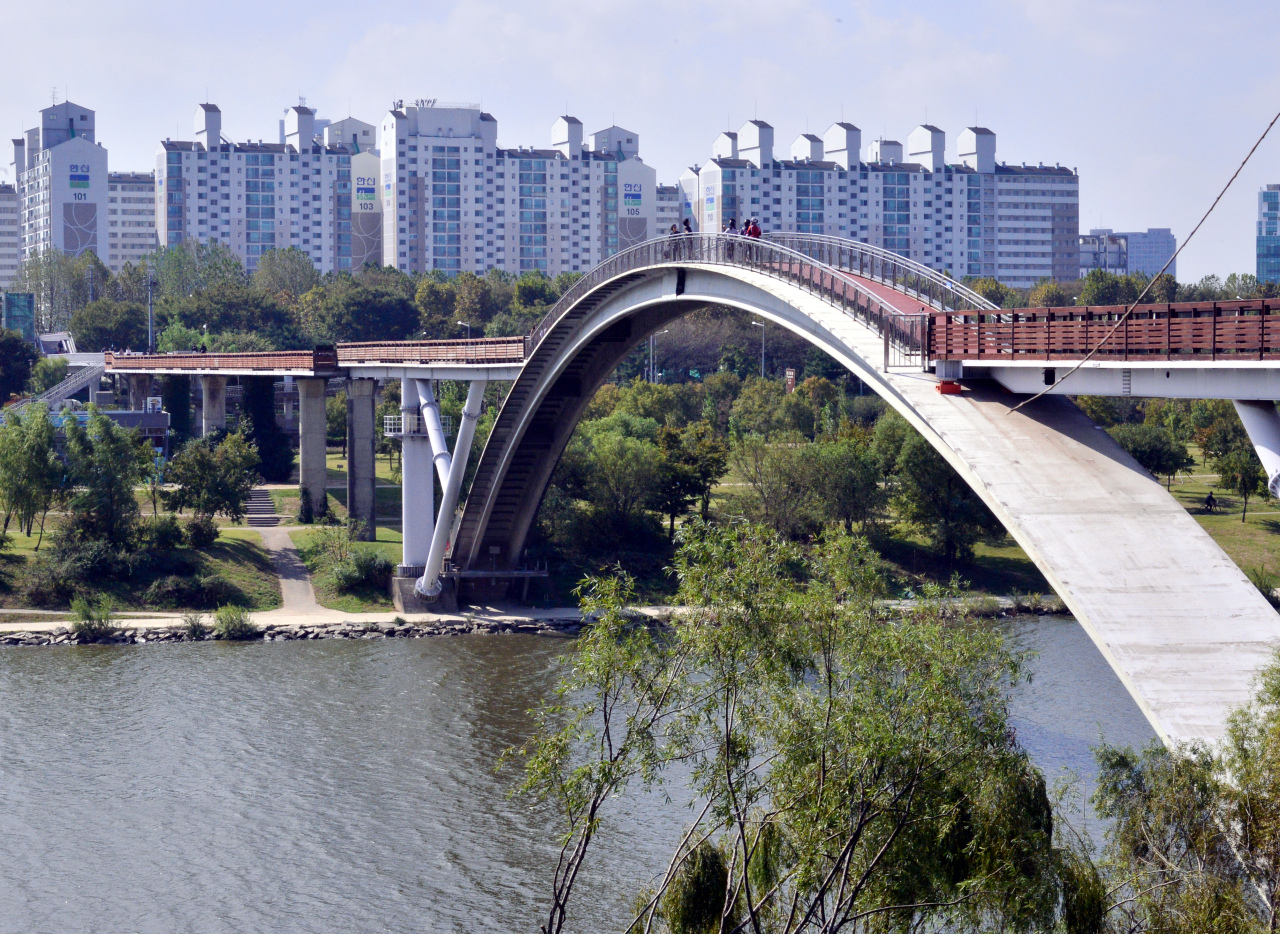 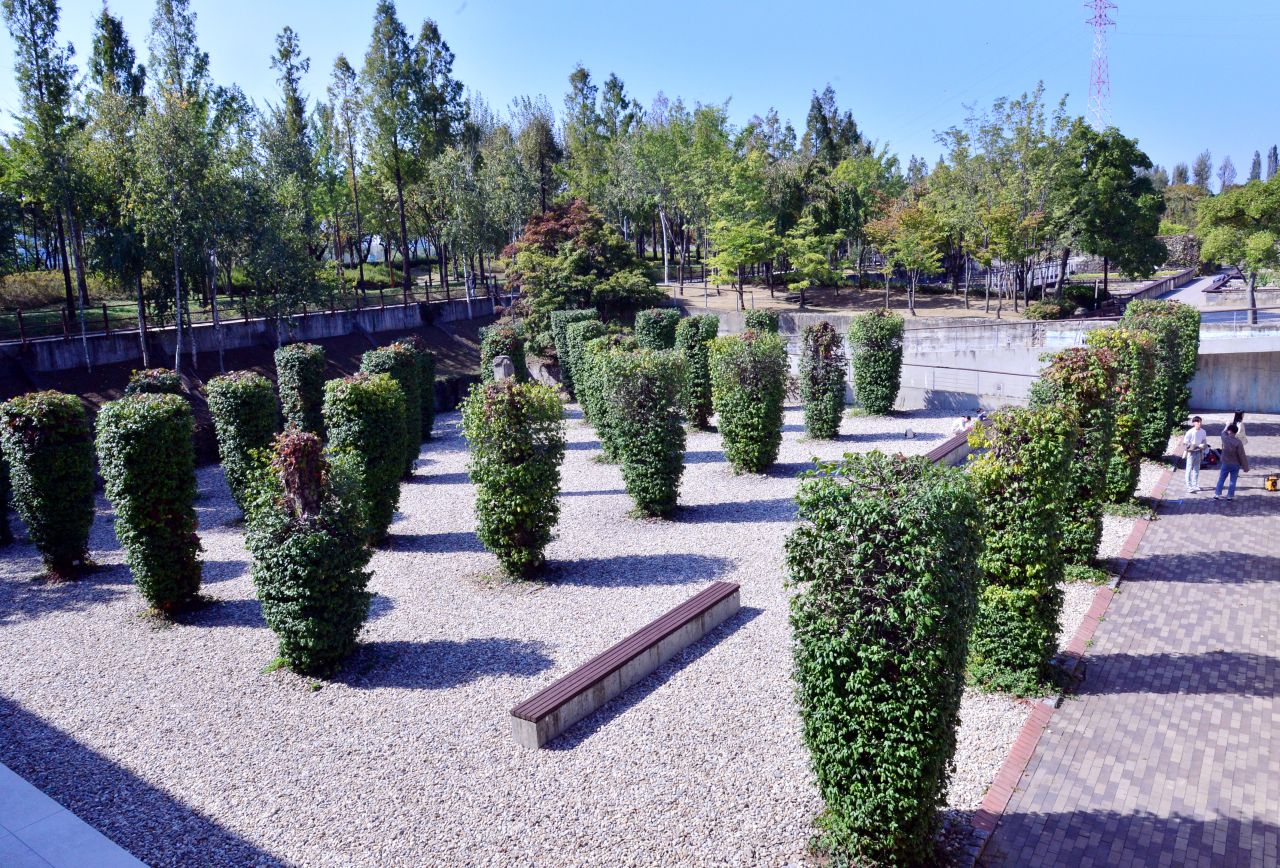 Seonyudo is one of several natural islands on the Han River in Seoul. Located west of Yeouido -- the biggest of those islands -- it is a popular destination for those seeking peace and tranquility inside the concrete jungle of Seoul.

The 110,400-square-meter island was the site of a water treatment plant for more than two decades, until the facility closed in 2000. City officials decided to turn it into an urban park, and Seonyudo Park opened to the public in 2002.

Its current look is the work of architects and urban planners who wanted the park to retain its identity as a relic of the industrial era. Concrete structures stand among the reclaimed green spaces, botanical gardens and walking trails.

The former water-pumping center is now an exhibition hall for Han River history. Walking trails and a cafeteria use the old filtration facility and sedimentation basins. The “Garden of Green Columns” is another place where nature embraces the remnants of industry.

Visitors who stay until sunset can see the colorfully lit up and arched Seonyudo Bridge, a footbridge that connects the park to the southern side of the Han River.

The island draws numerous visitors on weekends and is beloved by Seoulites as a place for a picnic, a pleasant stroll, or just some relaxing time in nature.

The park is open from 6 a.m. till midnight and is about 20 minutes’ walking from subway stations Dangsan or Seonyudo. Several buses stop near the park entrance. 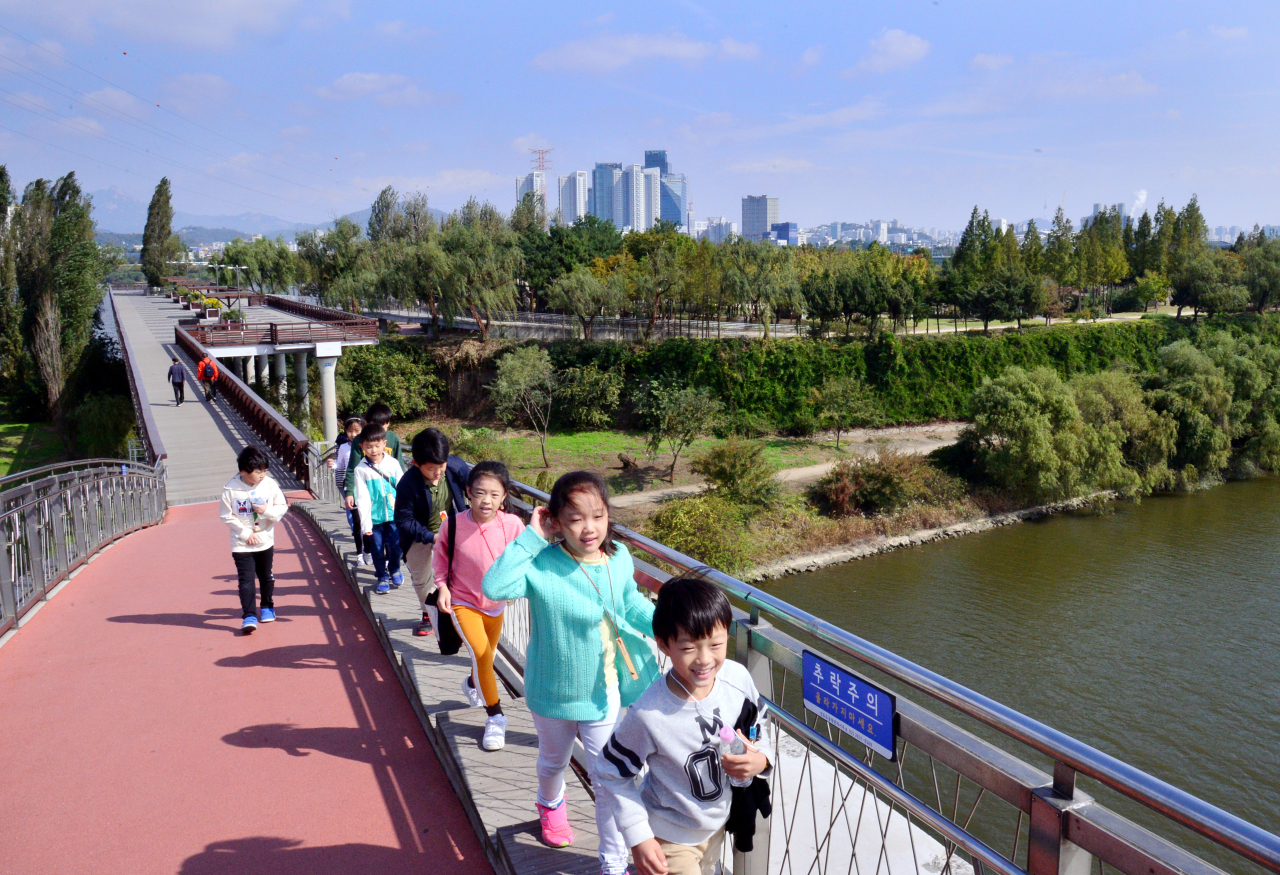