While maintaining steady growth, Korea’s No.1 anti-pests company once grappled with its unsophisticated corporate image and unpopularity among job seekers.

But in terms of business figures, Cesco has had little to fret about, having established a unique reputation as the most trustworthy anti-pest services operator.

Though a number of runner-up pest controllers have made their way into the market over the decades, Cesco is still the one and only name most Koreans would call to mind when it comes to fighting pest problems, with more than 90 percent of the market share here. It is also Asia’s largest anti-pest company, as well as among the top five in the world.
According to the Financial Supervisory Service data, the company posted 254.1 billion won ($209 million) in sales last year, up 9.1 percent from the previous year, keeping up an on-year sales growth pace of more than 20 billion won for five consecutive years.

Though its operating profits fell 12.5 percent on-year to 12.6 billion won due to increased maintenance costs and new business developments, Cesco expects to keep up its winning streak in upcoming years without setbacks.

But the true turning point for the company was in the early 2000s, when its customer bulletin board went viral with its nimble-witted answers and earnest attitude.

Cesco, which now counts over 100 branch offices nationwide and 3,500 service consultants, owes its history and evolution to Chairman Chyun Soon-pyo.

In 1976, Chyun founded Chyun Woo Prevention, the predecessor to Cesco, as the country’s first-ever company dedicated to pest control. Encouraging Chyun to devote himself to the widely avoided business was his expertise in and passion for agriculture and grain storage.

After earning his master’s degree and doctorate in agriculture at Dongkuk University, Chyun joined the Ministry of Agriculture and Forestry in 1961 to set off in his career as a government researcher.

Those were times when rats were the biggest household foes, ruining grains and depriving people of food supplies. Startled by the massive volume nibbled away by rats -- estimated at 1,200 tons a day -- Chyun devoted himself to the anti-rat business. 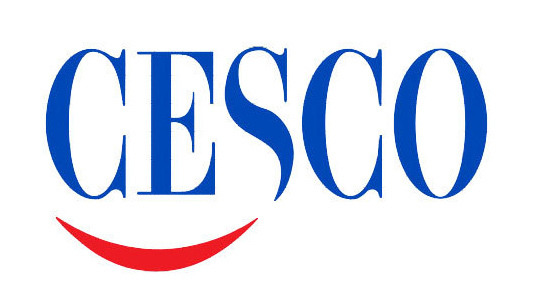 Accelerating his career was his two-year government scholarship at the University of London, in which he acquired the Western society’s know-how on pest control and grain storage.

The Park Chung-hee administration, which ran the Saemaul Undong growth plan to restructure the impoverished country’s economy in the 1960s and ’70s, greatly encouraged students and civil servants to participate in overseas education.

Credited for his expertise and dedication, Chyun was soon promoted to director of rural economy development, but eventually resigned to start his own business with his wife and a junior staff member.

It then took the company just 40 years to reach 200 billion won in yearly sales. The company also won the bid to serve as the official pest controller for the 1988 Seoul Olympic Games, making a strong presence in the market during the initial years.

In 1996, celebrating its 20th anniversary, the company changed its name to the current Cesco -- an abbreviation for Chyun Woo Environmental Service Co. -- in an effort to keep up with global market trends.

Initiating the transition was Chyun’s younger son Chan-hyuk, who joined the management ranks in the 1990s after years of field experience as a rank-and-file employee. With the junior Chyun positioned as chief executive officer, founder Chyun renamed himself chairman and took a step back from the business front lines.
A key drive for the change in identity was the company’s longtime dilemma over the scornful treatment and social prejudice the company’s pest control agents faced.

“We should renew our society’s perspective toward the pest control business, as it is an indispensable hygiene service that is built on kindness and trust,” CEO Chyun was quoted as saying upon announcing the new corporate name and business policies.

Upon the unwavering belief that the modernization of customer service is essential for business sustainability, the junior Chyun invested 3 billion won into establishing a comprehensive service manual.

The company was also one of the frontrunners in automating services via artificial intelligence. Its AI-operated monitoring system allows the company not only to keep track of pest information, but also to develop new solutions based on detailed data on pest propagation.

Along with its monitoring system upgrade, Cesco delivered an education manual for all employees, helping them accurately convey the company’s accumulated anti-pest know-how to customers.

Despite its efforts for innovation, Cesco continued to struggle for some time over the low social recognition of its business sector.

Making a breakthrough was the unexpected boom of its customer Q&A online bulletin board, which went viral for its witty comments and set a market precedent for marketing buzz in 2000-2001.

“Cockroaches are rich not only in protein but also in disease germs, so we recommend that you make thorough pretreatments before eating them,” was one notorious comment made by a customer service officer, obviously feigning seriousness in the answer to a prank question, “Is it OK to eat cockroaches?”

One thing led to another, and the board soon became full of practical joke questions, to which Cesco replied ingeniously, managing to slot in pest-related information.

“This cockroach has been asking me out, but I promised a mosquito that I would marry it. What should I do?”
Cesco’s answer: “Mosquitos tend to live for two to four weeks, while roaches live for up to 12 months. We recommend that you first enjoy a romantic relationship with the mosquito and then move onto the cockroach for long-term commitment.”

Boosted by the rise of online communities in the 2000s, the bulletin board quickly caught tremendous popularity, with the accumulated number of visitors exceeding the 100,000 mark and 200,000 consecutively in 2001. In the same year, some enthusiastic users kicked off the Cesco fan club, creating publicity synergy.

Cesco was also the first in the industry to air corporate ads in the newspaper and on TV, notwithstanding the public’s negative perception of the pest control business. Cesco soon became synonymous with pest-free spaces.

“While keeping up efforts to remain the top operator in pest control, we also take caution not to expose excessively explicit images of pests in the media, in consideration of the public’s sentiment,” an official said.

From pest control to environmental solutions

The company’s next phase is to expand its business leverage to food hygiene management and environmental protection.

In July this year, Cesco held a microplastics seminar, inviting government and industry officials to share awareness on the pollution impact and discuss responsive measures.
Cesco’s lab has been practicing analyses on processed food products and chemical goods that may impact the human body, such as bottled water, cosmetics and detergents.

“With our longtime experience in hygiene management business, we feel strongly about the seriousness of plastic-caused pollution and will thus continue to lead the related social discussions,” said an official.

One of the examples was the King of Hygiene project, an education program held in partnership with Woowa Brothers, the operator of popular food delivery app Baemin.

This year, in addition to the conventional theory instructions, Cesco started to provide small restaurant owners with field curriculum at the company’s government-certified food safety center.

“Amid the progress of the restaurant industry, consumers have come to appreciate hygiene almost as much as the taste of the food,” said a company official.

“We take pride in our unique role as a pest control service operator and food hygiene consultant, believing that our way of business will contribute to the health and safety of the people.”