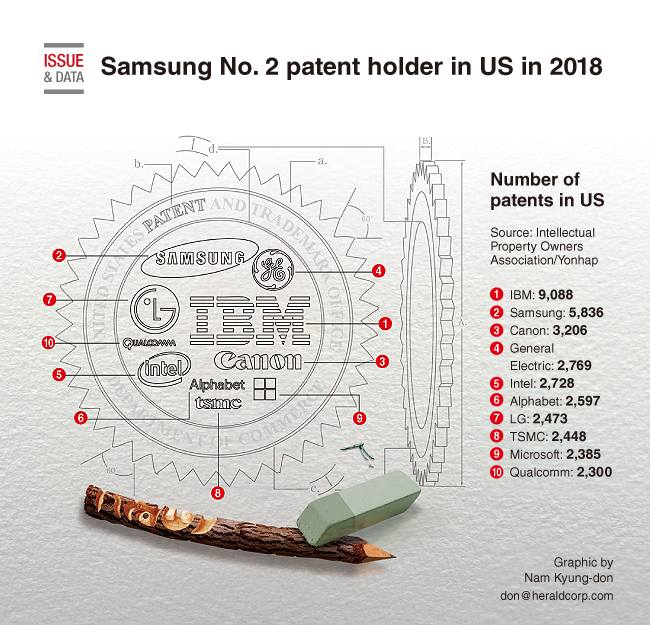 Samsung Electronics ranked second in terms of the number of patents filed in the United States last year, a report by a US patent association showed.

Samsung registered 5,836 patents in the US last year, trailing behind IBM with 9,088 patents, the Intellectual Property Owners Association said.

Samsung’s rival LG Electronics was the seventh-largest patent holder with 2,473, moving up one notch from a year ago, the IPO said. (Yonhap)