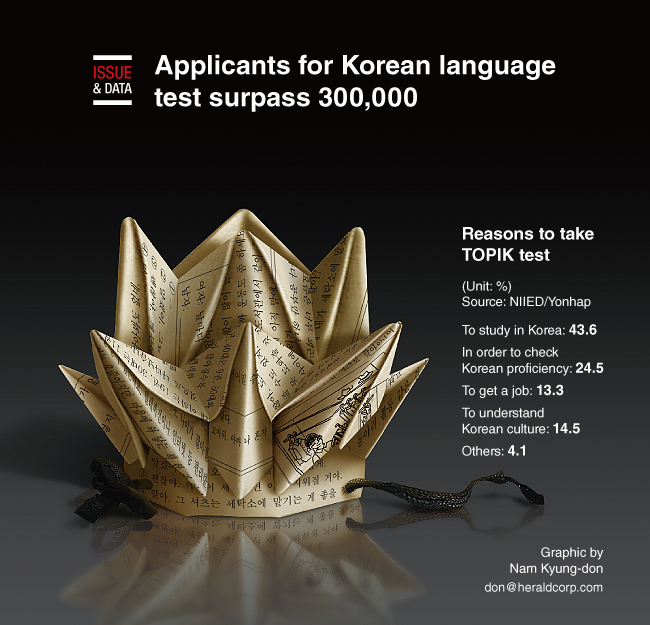 The annual number of applicants for the state-run Test of Proficiency in Korean surpassed 300,000 for the first time last year, its administrator said.

A total of 329,224 people across 76 countries applied for the Korean language test for non-native speakers and ethnic Koreans in 2018, according to an official in charge of TOPIK at the National Institute of International Education under the Ministry of Education.