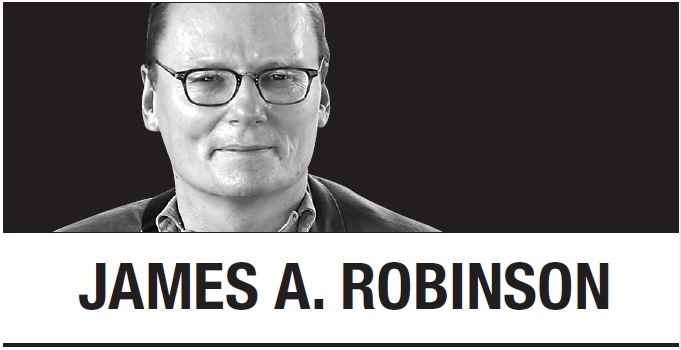 When the Turkish High Election Council, dominated by President Recep Tayyip Erdogan’s appointees, annulled Istanbul’s all-important municipal election on May 6, the world was right to be concerned. But now that another vote has been held, it is Erdogan who should be worried.

This year’s local elections -- originally held March 31 -- have been widely regarded as a referendum on Erdogan’s authoritarian rule. With the revote in Istanbul, the full results are now in. The opposition coalition, led by the Republican People’s Party (CHP), won in Turkey’s three most important metropolitan areas: Ankara, Izmir and Istanbul. As the country’s economic capital and most populous city, Istanbul was the real prize.

Like populist leaders in the Philippines, Brazil, Hungary, Poland and elsewhere, Erdogan, who began his own political career as Istanbul’s mayor in the 1990s, seemed prepared to do what was needed to reverse an electoral outcome that didn’t go his way. But the opposition ignored those who wanted it to boycott the revote and instead went into the new election with even stronger resolve, soundly defeating Erdogan’s Justice and Development Party (AKP), which has ruled Turkey since 2002 and Istanbul since 1994. The new mayor, Ekrem Imamolu of the CHP, captured over 54 percent of the vote against former Prime Minister Binali Yildirim of the AKP.

The significance of this outcome extends beyond Istanbul and even Turkey, because it shines a spotlight on authoritarian populists’ biggest weakness: the ballot box. Today’s populists are not the same as past strongmen in Latin America, South Asia and Turkey, who wore army fatigues and jackboots and took power through coups. Those earlier foes of democracy, like Augusto Pinochet in Chile, held onto their positions through sheer violence, regularly murdering, torturing and imprisoning anyone who opposed their rule.

By contrast, the populist authoritarians of the past two decades came to power through elections, and do not (typically) murder their opponents. In most cases, they have been elected because they articulated and then exploited public discontent over economic inequalities and mobilized cultural divisions. Once in power, they have legitimized their rule through demonstrations of electoral support, won by defining their supporters in contradistinction to other (less worthy) members of society.

The problem, of course, is that a strategy based on polarizing the electorate does not entail a commitment to free and fair elections, let alone respect for civil rights. Still, it is important to remember that they ultimately rely on the veneer of majority support, which is precisely why they feel the need to tilt elections in their favor and pressure media outlets to sing their praises.

Erdogan has made ample use of this playbook. He rose to power by tapping into the grievances of more religious, less educated, and less Westernized Turks who felt politically disenfranchised, economically marginalized, and culturally slighted.

Once in power, Erdogan emphasized his popularity among “the people,” and enjoyed several electoral victories over the past 17 years. But he also became increasingly authoritarian. Turkey’s print media and TV stations no longer have any independence, and its bureaucracy, judiciary, and security forces are all controlled by Erdogan loyalists.

Until recently, this skewed playing field meant that Erdogan could keep winning elections and basing his legitimacy on popular support. But when the AKP lost its parliamentary majority in the June 2015 general election, Erdogan had to double down. As president, he blocked the formation of a coalition government and forced a fresh election in a more polarized and increasingly repressive environment.

Erdogan’s attempt to reverse the outcome of Istanbul’s election followed the same logic. But, having lost, his Achilles’ heel has been exposed. He who wins by the ballot box loses by the ballot box. That is where today’s populist authoritarians must be defeated, and where the reconstruction of democracy can begin.

The obvious modern-day exception is Venezuela under President Nicolas Maduro. But while Maduro did initially come to power through an election, his rule has always been based on his control of the army, and he has since given up any pretense of popular legitimacy. Brazil, the Philippines, and many other countries under populist rule are not in the same boat. For them, and for Turks themselves, the Istanbul election holds an important lesson.

The CHP had long failed to provide an effective counterweight to the AKP, because it refused to develop a popular platform, clinging instead to its traditional role as the party of rigid secularism. But that changed with Imamolu, who ran a positive campaign centered on improving welfare, delivering better municipal services, reducing waste, ending corruption and -- in the case of the revote -- restoring democracy. All told, he won because he broke free from the confines of polarizing, retrograde ideological lines. A similarly pragmatic approach that focuses on improving people’s lives would pose a significant challenge to populists elsewhere.

To be sure, this isn’t the end of AKP rule in Turkey. Erdogan doesn’t have to stand for reelection until 2023, and his party has a strong parliamentary majority. To bolster its credibility, the CHP must deliver on its campaign promises, which will not be easy with Erdogan attempting to undermine it at every turn. But, at the end of the day, populists derive their power from real grievances. It is only by responding to those grievances, not by ignoring them, that opposition parties can wrest democracy back from its populist usurpers.