By Im Eun-byel
Published : Jun 19, 2019 - 17:17       Updated : Jun 19, 2019 - 18:04
Note: This is the last installment of the Seoul Food Alley series. Over the last two months, The Korea Herald has explored back alleys of Seoul, introducing clusters of restaurants specializing in local delicacies, including stir-fried baby octopus, tteokbokki, sundae and grilled meat. - Ed.

Tucked away behind the shiny jewelry district of Jongno 3-ga are decades-old restaurants serving bossam, boiled pork wrapped in kimchi.

Though bossam is widely enjoyed in Korea, the restaurants here add oomph to the dish by serving it with fresh oysters, giving the area the name Jongno 3-ga Oyster Bossam Alley.

Succulent oysters and boiled pork, which can be a little dry, are a perfect pair. The oysters’ briny juice complements the pork and camouflages the meaty smell, creating a harmony of meat and seafood.

In the peak of summer, when the mercury rises high, oysters may go off the table for a while for food safety reasons. For those who would rather skip the shellfish, a simple bossam dish without oysters can be ordered.

The true specialty of the alley, however, may lie in the bossam kimchi, which is stuffed with more julienned white radish compared to other varieties of kimchi. It tastes fresh, as bossam kimchi is not fermented.

But the kimchi is far from mild. The heavy scent of red pepper powder fills the nostrils and the spicy taste pierces the tongue. 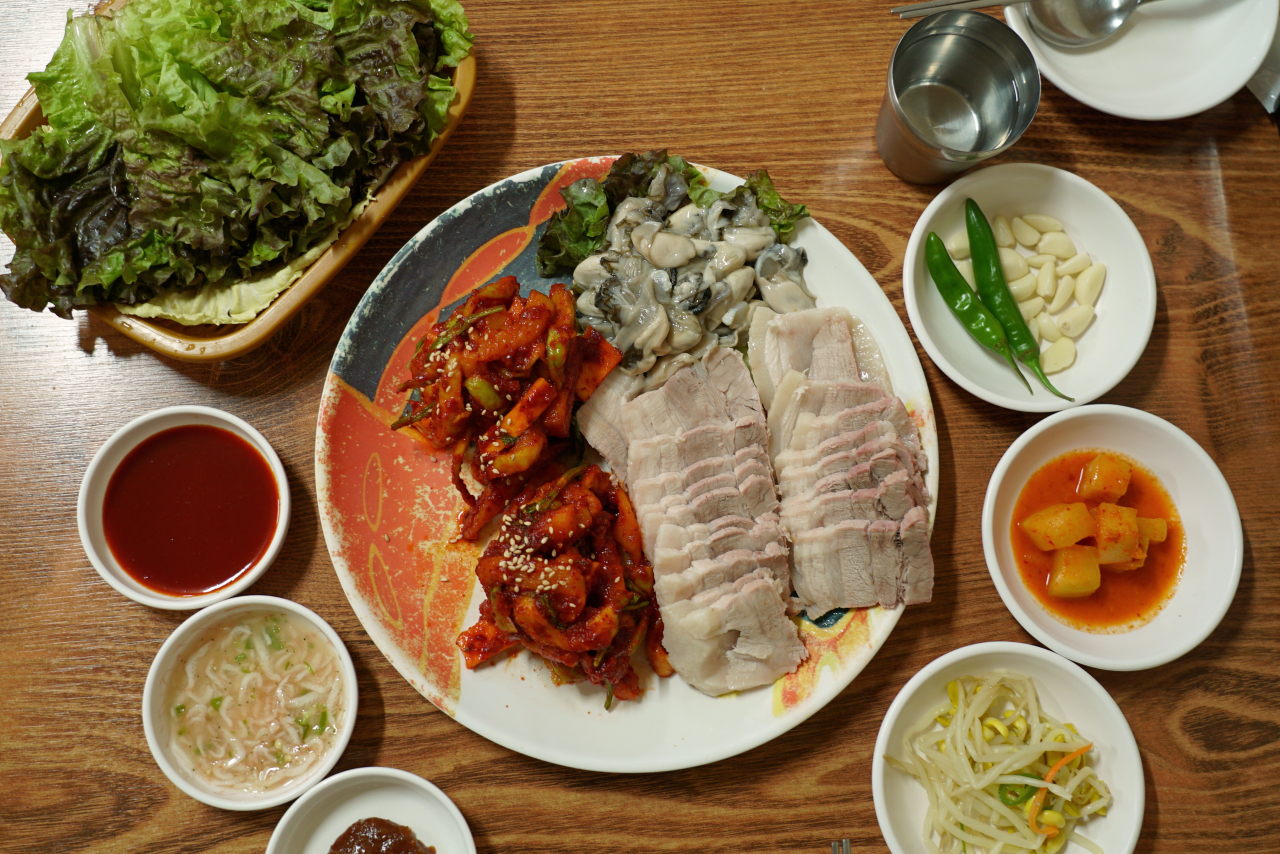 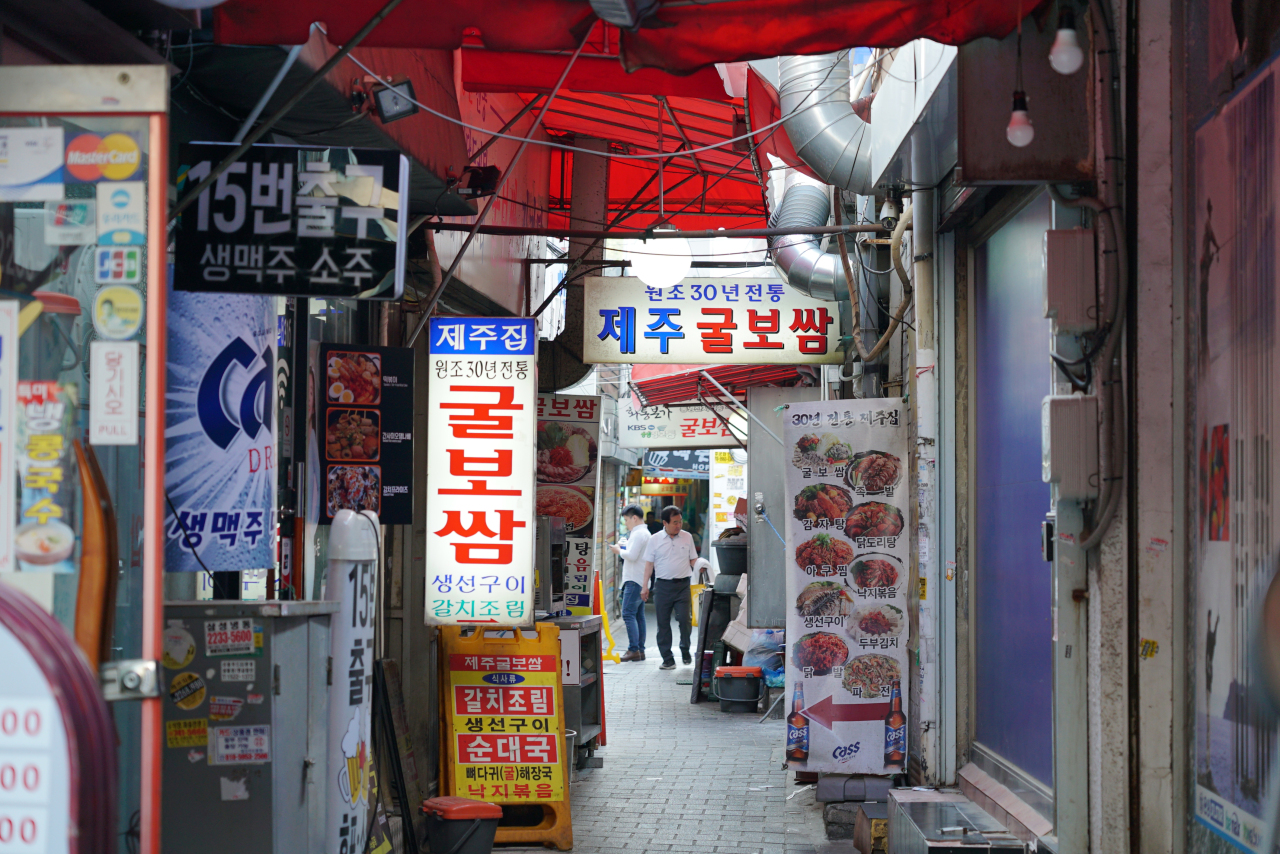 Like other old eateries in Korea, the restaurants are generous with their servings. After finishing the first serving, diners can order more bossam kimchi for free. While kimchi refills are usually free at Korean restaurants, additional bossam kimchi is seldom served free of charge. Such kimchi can be enjoyed without limit here.

When bossam is ordered, diners are treated to gamjatang, or pork back-bone stew, on the house. Gamjatang is usually served as an individual dish costing around 8,000 won ($6.80) per person. But in the alley, the soup comes free.

Oyster bossam is an affordable treat, priced between 25,000 won to 38,000 won depending on the size, with typical servings for two to four people

As Jongno is an area popular with elderly, the street is filled with groups of seniors looking for affordable drinking spots during the day.