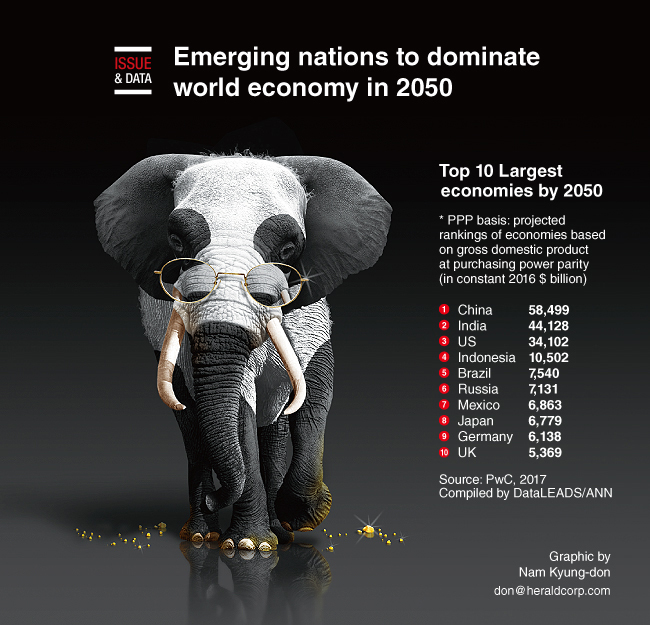 By 2050, China will not only have overtaken the United States, but its economy will be much, much bigger than the US.

According to a PwC report, its gross domestic product will stand at around $58.5 trillion compared to the US’ $34.1 trillion (on a purchasing power parity basis).

The Asian giant will account for 20 percent of the world’s economy, higher than India at 15 percent and the US at 12 percent.

In 2050, the global economy will be led by China, with India in second, followed by Indonesia in fourth place. The US is projected to be the world’s third-largest economy in 2050, based on gross domestic product.