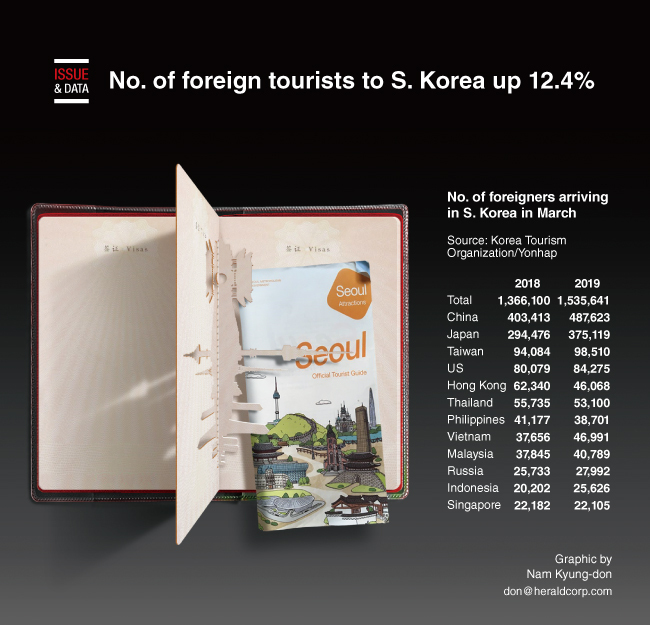 The number of foreigners who arrived in South Korea jumped by 12.4 percent in March from a year earlier due to higher numbers of Chinese and Japanese tourists on incentive tours, the local tourism promotion agency said.

A total of 1.54 million foreigners arrived here last month, compared with 1.36 million a year ago, according to the Korea Tourism Organization.

The number of Chinese tourists shot up 20.9 percent last month from a year earlier to some 488,000, due to an increase in both independent trips and those that are part of package programs, the KTO said. The number of visitors from Japan skyrocketed 27.4 percent on-year to some 375,000 last month.