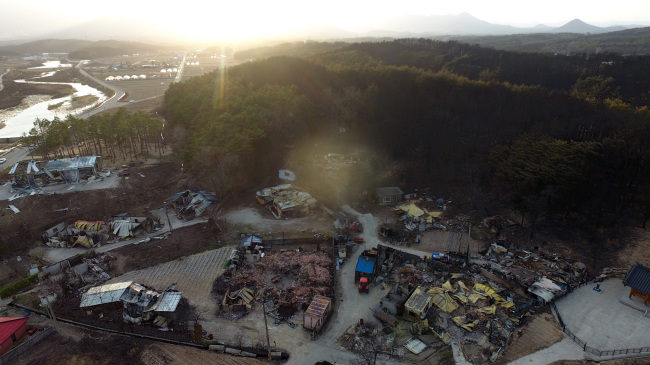 [1] Cho Yang-ho, Hanjin Group and Korean Air chairman, has died from a lung disease in the US, Korean Air said Monday.

[2] The 70-year-old business tycoon died at a hospital in Los Angeles, where he had been receiving medical treatment for pulmonary fibrosis since December, the company said.

[3] His condition had dramatically worsened recently after he had been stressed about losing a board seat at his group’s core unit, Korean Air, a company official said.

[5] Hanjin Group said business management will continue without interruption. Korean Air said details of the funeral would be decided soon and transporting the late chairman to Korea might take up to a week.

[6] Cho’s death comes about two weeks after he was voted out from Korean Air’s board, making him the first member of a founding family of a major conglomerate to be off its board. Shareholders voted to end his board tenure after Cho and his family members became embroiled in a series of scandals related to misconduct.


2. [From the scene] ‘I lost everything’: Locals despair after Goseong fire

[1] The scent of smoke hung over Goseong, Gangwon Province, on Friday afternoon. Firefighting helicopters could be seen in the sky and fire trucks sped by on their way to put out fires that continued through the night. A mountain fire, thought to be Korea’s worst ever wildfire, had blazed through the area overnight, destroying an area the size of Seoul’s Yeouido.

[2] “Goseong has several big fires every spring, but I’ve never seen a fire like this before,” Kim Young-joon, a taxi driver who has been working for 23 years in Sokcho, Gangwon Province told The Korea Herald. While he was driving, he got two calls from his acquaintances checking on his safety and asking about the fire. The driver said people living in the affected areas have been posting the damages they suffered on social media.

[3] Even though most of the fire appears to have been put out as of Friday afternoon, the acrid odor of smoke got thicker and heavier as the taxi approached Toseong-myeon, a town that was destroyed by the fire overnight.

[4] It’s one of several towns engulfed by the fire, which has killed at least one person and destroyed 250 hectares of forest as of 4 p.m. Friday, the Safety Ministry said. The exact extent of the damage, however, is not yet known, as the fire continues in some places.

[5] As the fire spread to residential areas, some 4,000 people were evacuated to emergency shelters set up at nearby schools and gyms on Thursday night.