By Sohn Ji-young
Published : Feb 14, 2019 - 16:17       Updated : Feb 14, 2019 - 17:06
South Korea’s major banking groups are actively seeking mergers and acquisitions to expand their nonbanking business, in an effort to diversify incomes in light of volatilities in the main banking sector.

Faced with the government’s efforts to lower lending rates, banks here have been turning their attention to diversifying their portfolio, focusing on acquiring nonbanking finance firms, such as loan service providers and credit card firms. 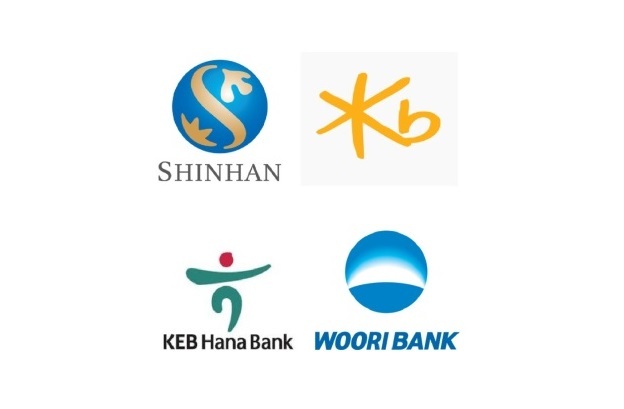 The latest move was made by KB Financial Group, which has officially joined the bid to acquire Lotte Capital, the loan services unit of Lotte Group. Lotte Capital is Korea’s fourth-largest capital financier and has been evaluated as a company with high profitability.

With products ranging from installment loans and corporate lending to consumer loans, Lotte Capital has a diverse business portfolio and a steady profit model. In 2017, the firm’s net income came to 117.5 billion won ($105 million), up 57.1 percent from three years ago.

So far, KB has emerged as a strong candidate for the Lotte Capital deal, as other banking groups have decided not to join. Nonetheless, KB faces a fierce bidding war with private equity firm MBK Partners, which is pursuing a package deal to purchase all three of the Lotte companies currently on the market, including Lotte Capital.

Meanwhile, Hana Financial Group has joined the bid for Lotte Card, another Lotte-owned finance company up for sale. Other major bidders for the credit card firm include Korean munitions-to-retail conglomerate Hanwha Group.

By successfully acquiring Lotte Card, Hana Financial could place itself right behind No. 1 player Shinhan card, which holds market share of 22.73 percent as of the first half of 2018.

As for Woori Financial Group, which restructured into a financial holding company earlier this year under Chairman Sohn Tae-seung, the primary target for this year is to acquire small-sized companies in asset management, real estate investment trusts and savings banks.

Woori is said to be currently reviewing Tongyang Asset Management and Hi Asset Management, as well as Kukje Trust as potential candidates. The banking group also has the option of exercising its right of first refusal to buy more shares in Aju Capital and acquire its wholly-owned subsidiary Aju Savings Bank.

With well-chosen M&As, Woori Financial Group’s goal is to bring its banking to nonbanking business ratio to 7:3 and eventually to 6:4, according to the chairman.

Meanwhile, Shinhan Financial Group recently completed a number of high-profile acquisitions, including the purchase of Orange Life Insurance and Asia Trust. Its next goal is to look further into M&A candidates abroad, according to a company spokesperson.

In its latest move, Shinhan announced this week that it is forming a consortium with Toss, Korea’s leading mobile money transfer app, to establish an internet-only bank in Korea. Other tech startups, including car rental app operator SoCar and mobile realtor app operator Dabang are also set to join the consortium.

Viva Republica, the operator of Toss, will be the largest shareholder of the new bank, while Shinhan will become the second-largest, according to Shinhan. The Toss-Shinhan consortium is a strong contender for one of two internet bank operational licenses to be issued by the Financial Services Commission.