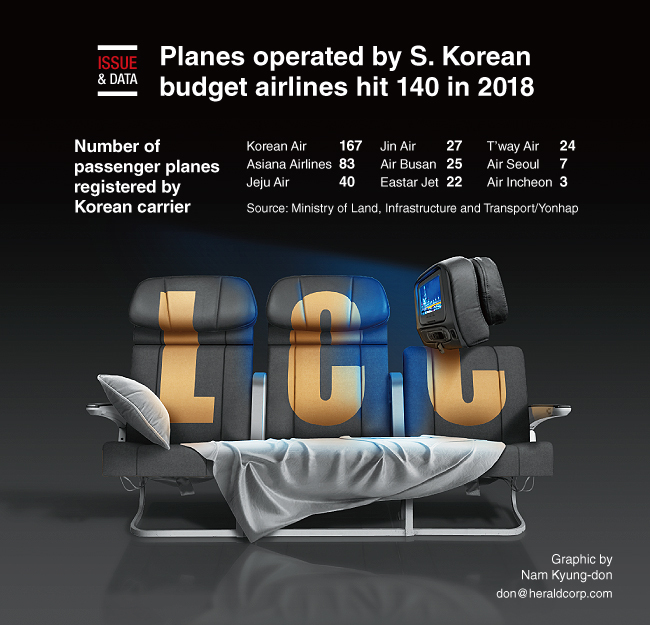 The budget carriers and two full-service carriers -- Korean Air and Asiana Airlines -- as well as operators of private and public planes, had a total of 835 aircraft in service, up 5.4 percent from 2017, the Ministry of Land, Infrastructure and Transport said in a statement.