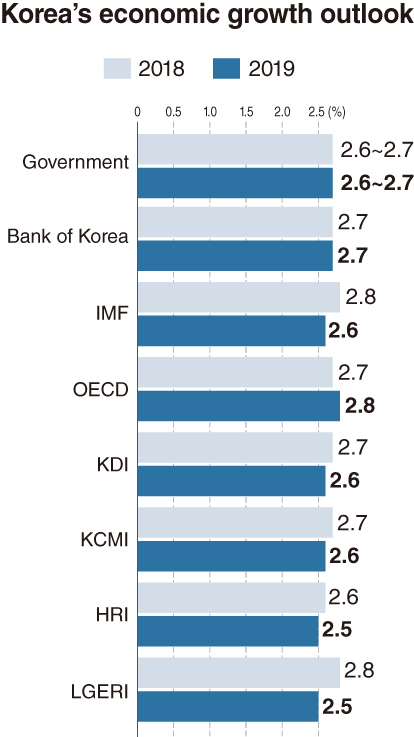 During a meeting of economy-related ministers on Monday, the South Korean government set next year’s economic growth at between 2.6 and 2.7 percent, similar to the level for this year.

Various economic institutions have placed South Korea’s economic growth estimate for 2019 at between 2.5 percent to 2.8 percent, amid sluggish investment, a slowing global economy and the US-China trade war.

The institutions forecast a slump in consumption and investment to continue in the domestic market, while the slowdown in the export market will further dampen growth next year.