[Monitor] More and more married couples having no children 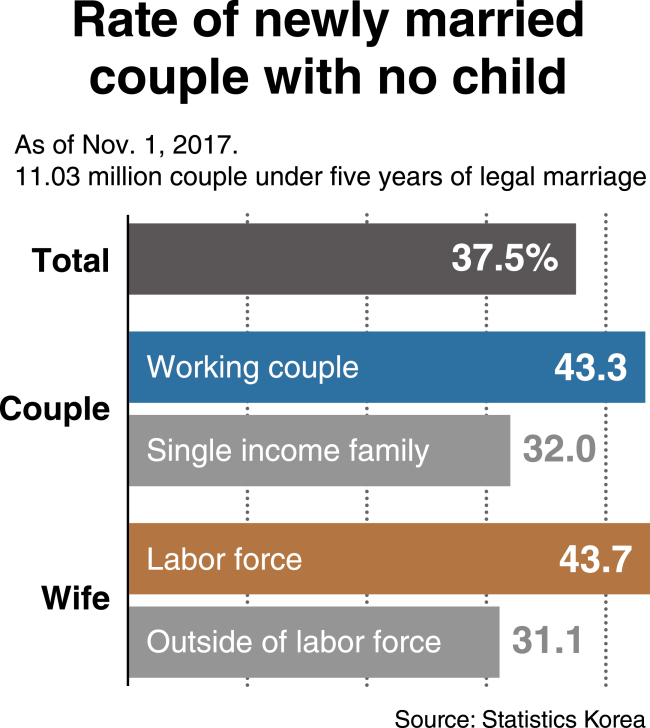 Nearly 38 percent of couples who have been married for five years or less had no children as of November last year, according to government data.

The percentage of couples without children was higher among those who did not own their homes (41.0 percent) compared with homeowners (33.0 percent).

Among 858,000 recently married couples who had children under the age of 5, almost half -- 47.7 percent -- did not use any child care facilities. Another 46.0 percent sent their children to nursery school and 3.1 percent sent them to kindergarten.

Korea has been struggling with low birthrates. The total fertility rate -- the average number of children a woman bears in her lifetime -- dropped to 1.05 in 2017.