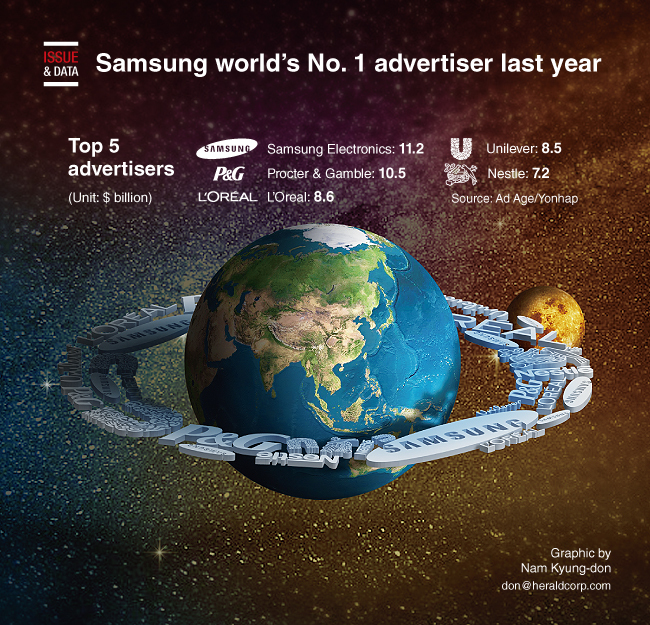 According to Ad Age’s list of the world’s 100 largest advertisers, Samsung pumped $11.2 billion into its advertising and sales promotion in 2017, up 13 percent from the previous year.

Industry insiders say the increased spending was aimed at improving the company’s image after the highly publicized recall of the Galaxy Note 7 in 2016 due to battery explosions. It is the first time that Samsung has topped the list.

Consumer goods corporation Procter & Gamble ranked second, spending $10.5 billion on advertising and other marketing costs in 2017, followed by L’Oreal with $8.6 billion, Unilever with $8.5 billion and Nestle with $7.2 billion.