[Graphic News] Ratio of unredeemed student loans edges up in 2017 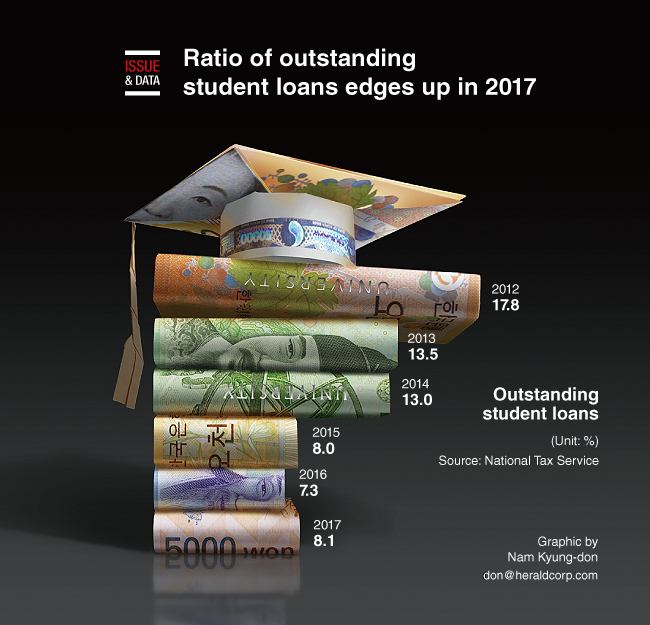 The ratio of South Korea's unredeemed student loans rose in 2017 for the first time amid the country's unstable job market, government data showed.

According to data from the National Tax Service, 14.5 billion won ($12.8 million) in student loans that should be repaid after borrowers' employment was not paid back last year, accounting for 8.1 percent of the total of such loans, tallied at 179.4 billion won.

The ratio was up from 7.3 percent the previous year, marking the first on-year increase since the government started compiling related data.

It was also the highest nonredemption ratio since the 13 percent recorded in 2014. (Yonhap)