[Photo News] From Gwanghwamun to Han River on foot

The walk began at 8 a.m., from Gwanghwamun Square to Banpo Hangang Park. Sections of roads were closed off from as early as 7 a.m. to as late as 11:30 a.m. to make way for the event’s participants.

The event invited 10,000 walkers, 4,800 cyclists and 200 users of personal mobility devices to sign up online on a first come, first served basis. Those riding bicycles had to be at least 13 years old. Those on PMDs had to have a driver’s license.

The route for cyclists was longer than the one for those walking. Cyclists had to go farther and circle back to the finish line to match the end time with the rest, pedaling for a total of 15 kilometers. 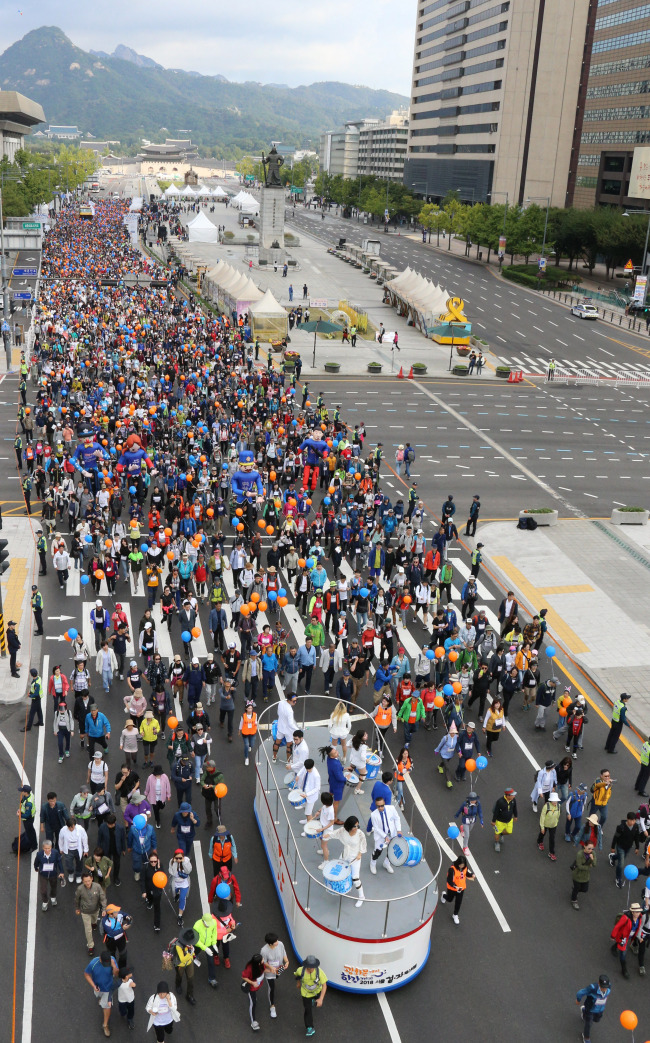 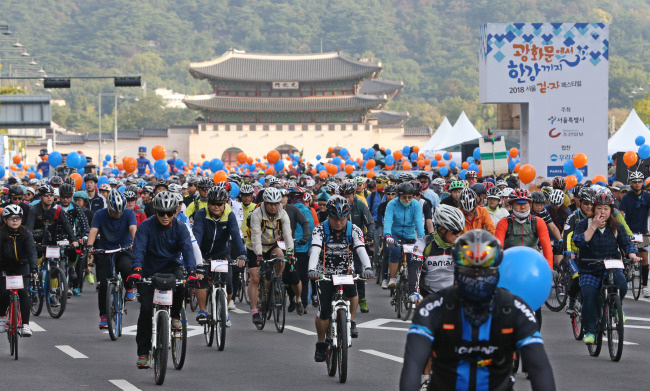 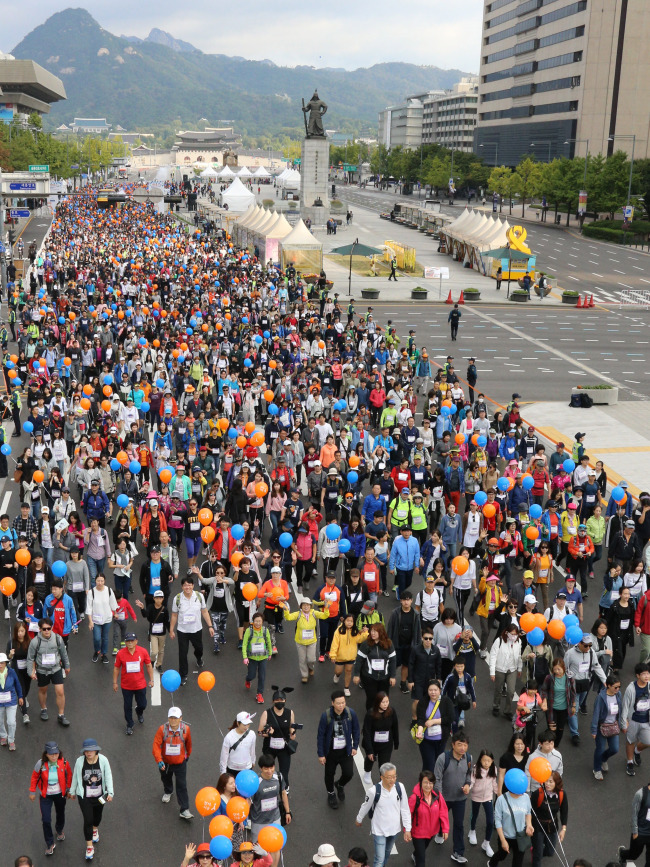 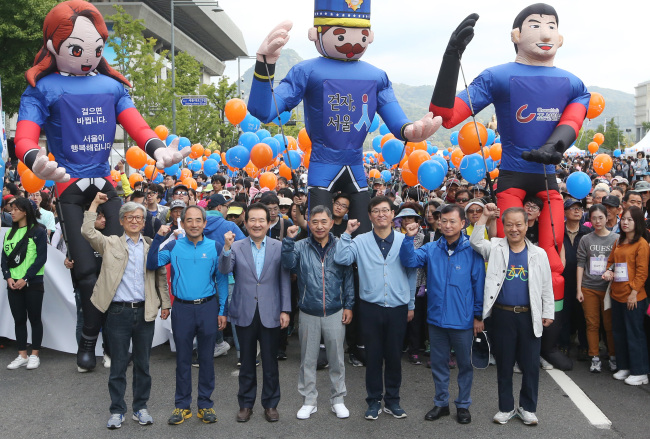