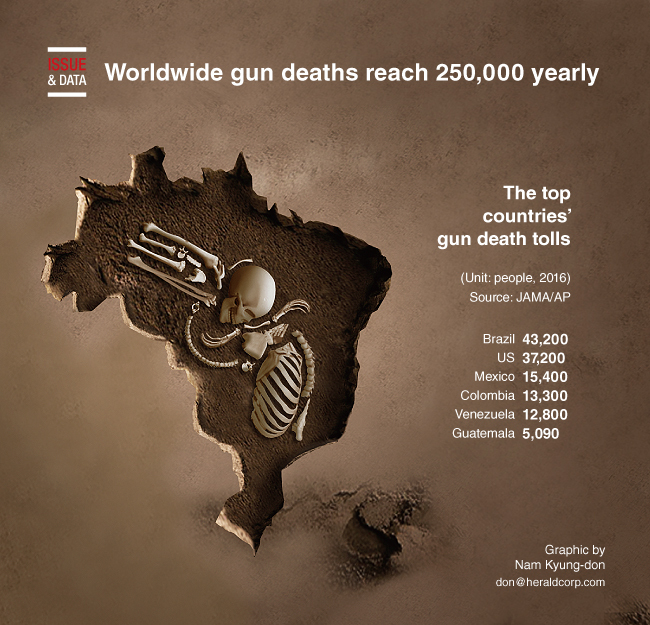 A new study finds gun deaths worldwide total about 250,000 yearly. And the United States is among just six countries that make up half of those fatalities.

Two-thirds of the gun deaths in 2016 were homicides, although the US is among wealthy countries where suicides by gun outnumber gun killings.

The US had the second-highest suicide rate in 2016, but ranked 20th in overall gun death rates.

Gun deaths worldwide increased over the 20-year study, but the rate was mostly unchanged. (AP)