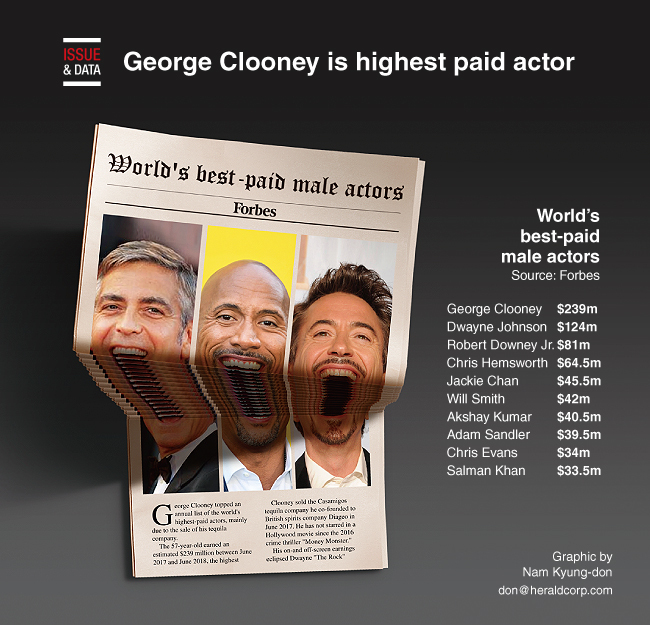 George Clooney topped an annual list of the world’s highest-paid actors, mainly due to the sale of his tequila company.

The 57-year-old earned an estimated $239 million between June 2017 and June 2018, the highest earnings of his 35-year career in film and television, according to Forbes.

Clooney sold the Casamigos tequila company he co-founded to British spirits company Diageo in June 2017. He has not starred in a Hollywood movie since the 2016 crime thriller “Money Monster.”

His on-and off-screen earnings eclipsed Dwayne “The Rock” Johnson, who came in at No. 2 with an estimated $124 million thanks to “Jumanji: Welcome to the Jungle” and other projects.

Jackie Chan remains the highest-paid actor outside of the US in fifth place.