[Graphic News] Value of shares held by celebrities rises in 2018 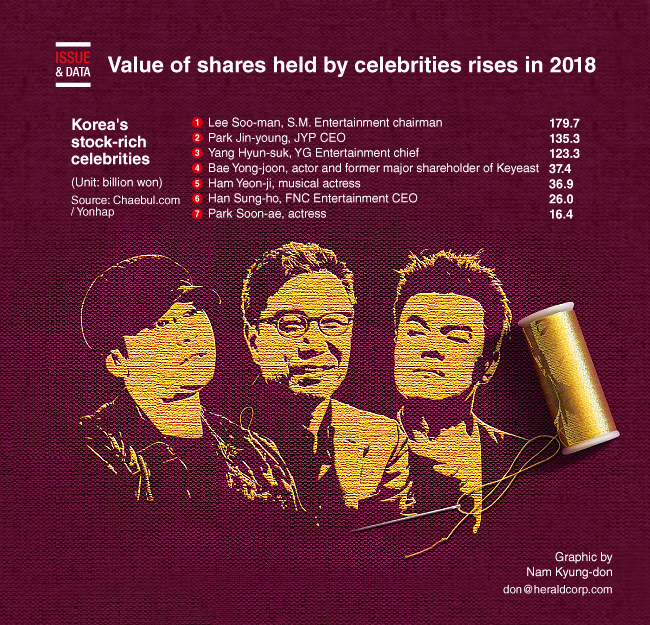 The combined value of shares held by the top seven celebrities stood at 555.1 billion won ($496.2 million) as of July 27, up 21.4 percent from 457.3 billion won as of the end of last year, according to corporate tracker Chaebul.com.

The gains are noteworthy as the benchmark Kospi market and secondary Kosdaq bourse decreased 6.99 percent and 8.07 percent respectively over the cited period.