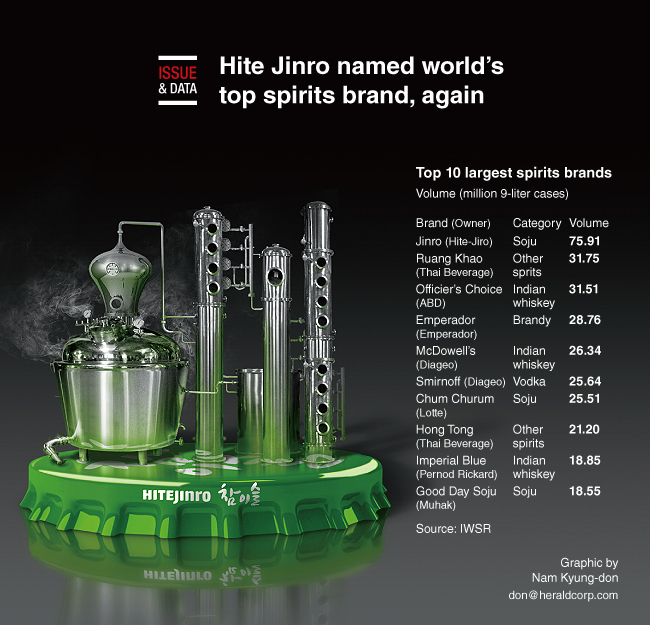 The Korean soju brand Jinro, owned by Hite Jinro was the world’s best-selling distilled liquor company for a second straight year, according to a market research firm in London.

The IWSR, a provider of market data, said that Hite Jinro sold 75.9 million cases of soju in 2017, up 0.8 percent from a year earlier.