[Youth Project Award] Personal experience of media amongst the youth 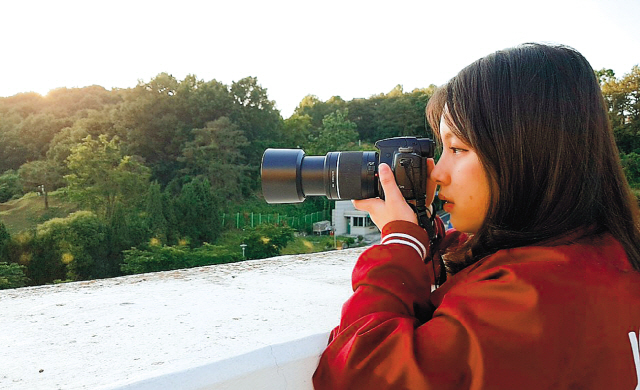 Even before Park Seeha started her first day as a freshman at Hankuk Academy of Foreign Studies, she had made it a goal to join the school newspaper, however not to write articles. Seeha wanted to be the journal’s photographer, to capture the spirit of her high school through a camera lens. The saying that “a picture is worth a thousand words,” is a wisdom that Seeha subscribes to.

Images, says Seeha, are the best way to capture a moment, “they have the power to recall memories and transport one back in time,” she says. It was this service — of helping fellow students build memories — that Seeha wanted to give to her community.

After learning about child psychology and education in school, Seeha became interested in the effect media has on the psychological health of young students. Though at first it was just an academic pursuit, she soon began to feel the urge to take an active role in changing the media landscape for the better. “The media plays an important role in the development of children’s overall self-perception and well-being,” says Seeha in explaining the motivation behind the Global Cultural Contents Club, a school club she co-founded.

The mission of the club is to promote positive messages found in media from around the world. Seeha and members looked to cultural trends abroad — anime, vocaloid, and pop music — for inspiring messages. They noticed that many Japanese songs focused on friendship and motivational themes, whereas K-Pop was often exclusively about dating.

Inspired by a desire to combat the high teen-suicide rate in Korea, they began translating and rerecording motivational Japanese songs in Korean. These songs, they hope, may help boost the morale of teens who suffer from intense social and familial pressures, anxiety, and depression. One song has already been recorded, while nine others have been translated and are awaiting recording.

Seeha’s media work at school encouraged her to look beyond. She recently started a new project called the Korea Youth Media Association (KYMA), whose mission is to build an association of media-oriented youth. “Media coverage of youth is often produced by adults; I think young people should have the opportunity to tell their own stories,” says Seeha. Students from across the country can work cooperatively, or solo, to produce content of various media on the themes of youth culture and life in Korea. The content will then be shared on KYMA platforms - there’s a Youtube channel, and a website is underway.

So far, Seeha has published a film on Youtube documenting young busking artists performing in Hongdae, an area famous for its historic art community. Another film is underway and translated Japanese songs from her club will be posted too.