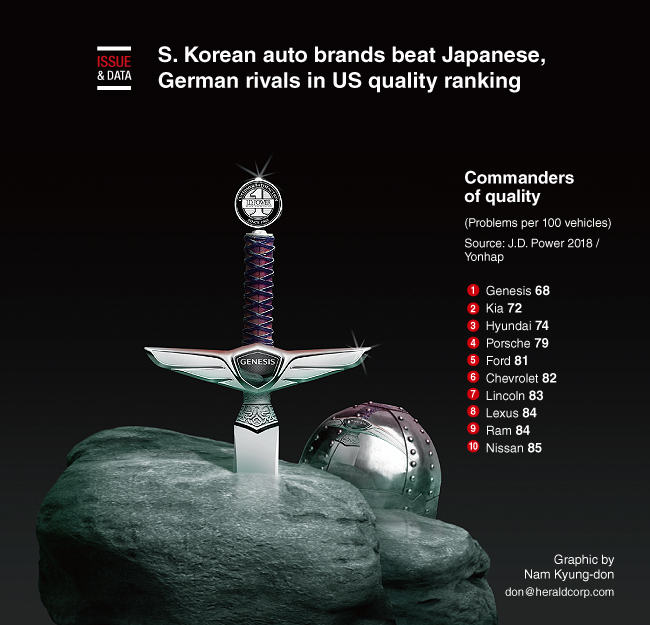 J.D. Power said Genesis ranked highest in overall initial quality with a score of 68 problems per 100 cars. Kia (72) ranked second and Hyundai (74) ranked third. This is the first time that three Korean brands are at the top of the overall ranking, and it is the fourth consecutive year that Kia is the highest-ranking brand.