A video that seemingly shows three men assaulting a couple in their 50s has recently gone viral online after the couples’ daughter started a petition Monday on the presidential Blue House website.

Titled “Put an end to a second Gwangju assault.” the petition called on the government to eradicate any form of brutality similar to that during the 1980 Gwangju Democratization Movement.

The petitioner also included detailed descriptions of the assault against her parents and requested that police reopen the investigation.

Cheong Wa Dae has pledged to respond to petitions that have gained more than 200,000 signatures in a month. The above petition was posted on Monday and has garnered 34,092 supporters as of 1:13 p.m. Wednesday.

According to Daegu Dongbu Police Station on Tuesday, an argument between the two parties broke out on April 10 as the couple felt irritated by the men’s glaring car headlights. 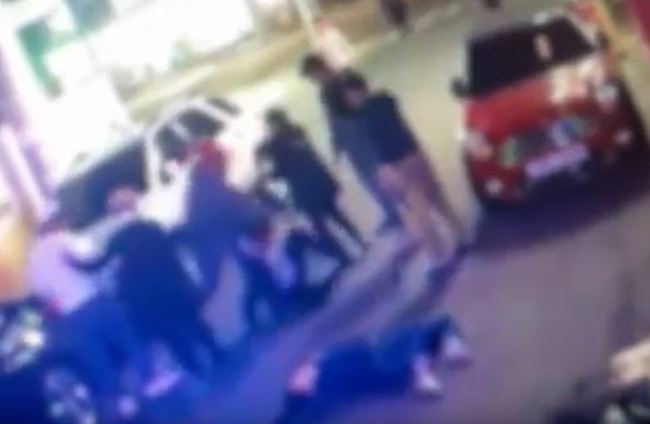 The wife, surnamed Kim, reportedly slapped one of the men first, causing the man to beat Kim. In the video, his two friends seemingly join in on the attack on the husband, surnamed Lee.

The viral video has sparked an intense debate among netizens with some speculating whether it was a one-sided or two-sided attack.

Daegu police officers believe it was a two-sided situation and booked all five people on assault charges. The court has ordered the couple to pay 1.4 million won together ($1,300) and the three men to pay in between 500,000 won and 2 million won each in fines.