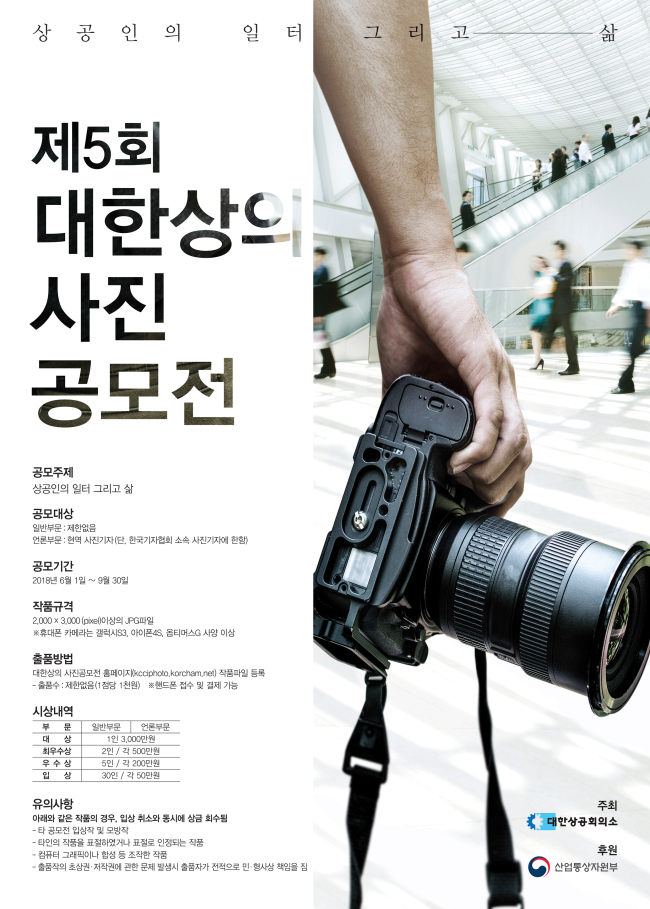 Titled “Businessmen’s workplace and life,” the panelists will look for candidates who capture unexpected scenes at workplaces and the people with stories. They also expect to have creative pieces that are also high in photographic quality.

The 100 million won ($92,900)-competition is the largest photo competition in Korea. The first prize gets 30 million won and the second gets 5 million won. Photos can be uploaded online via kcciphoto.korcham.net. Call 02-2143-5836, for more information.