The overheated engine of one of the cars is presumed to be the cause of the fire, the officials said, adding that firefighters are still struggling to put out the fire. 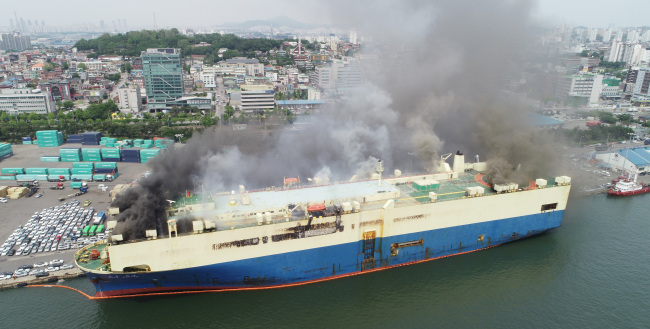 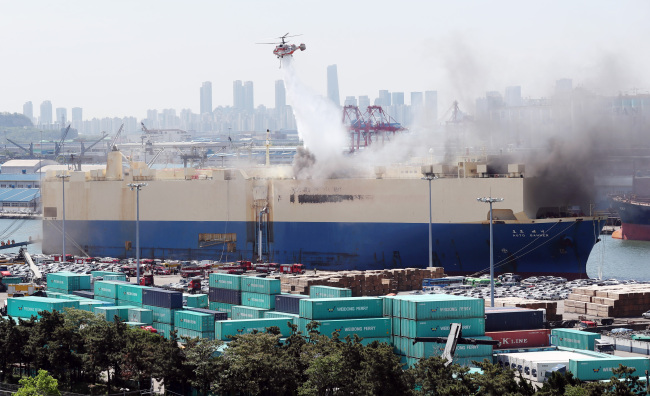 "No casualties have been reported among the ship's 28 crew members," they said.

The vessel, just identified as "A," entered the port from the United States on Saturday and was scheduled to leave for Libya on Tuesday, according to the officials.(Yonhap)