The fire reportedly started at approximately 10:32 p.m. Wednesday and was extinguished at 12:06 a.m. Thursday.

The fire is said to have started inside a house on the eighth floor of the 15-floor building. Some 116 firefighters and 36 firefighting vehicles were sent to the apartment. 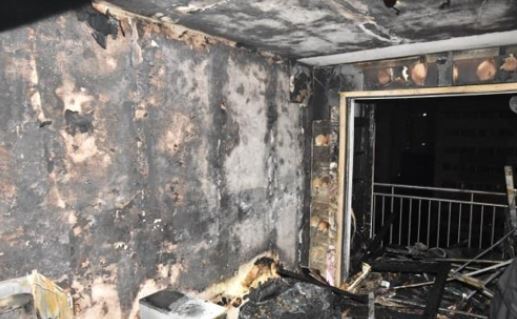 The fire department said a 47-year-old resident, surnamed Park, and four other victims were transported to the hospital after smoke inhalation.

Police and fire authorities believe the fire spread from the living room when the homeowner was out, but plan to find the exact cause of fire through a joint investigation.