The enormous press center, which hosts roughly 3,000 reporters, is located in the Korea International Exhibition Center in Ilsan, some 50 kilometers south of Panmunjeom where Moon and Kim are set to hold the historic meeting.

The denuclearization of North Korea and peace on the Korean Peninsula are the main topics Moon and Kim are expected to touch on.

The two Cheong Wa Dae officials in charge of the Moon government’s new media department conveyed enthusiasm for the summit between the two Koreas, the first of its kind to happen in 11 years. 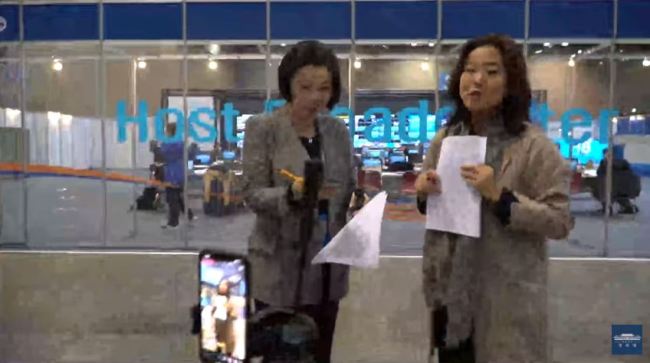 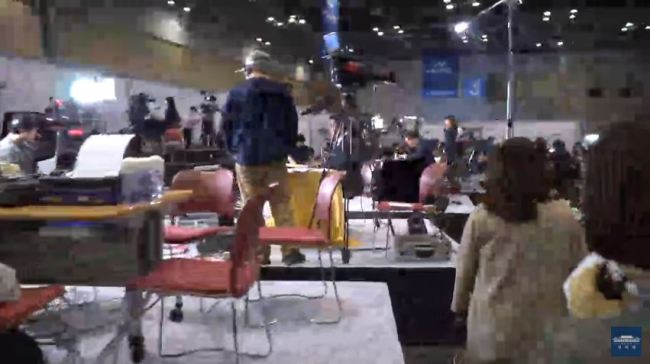 The officials took viewers of the live broadcast around the media center, introducing the area where both domestic and foreign reporters are settling in to remotely relay the situations developing at Panmunjeom. For the summit’s security, only around 10 reporters are allowed in to Panmunjeom on the day of the summit, and of them only three are allowed to be in the room with Moon and Kim. These reporters are to share the knowledge they gather with the rest of the reporters stationed at KINTEX.

The live broadcast from KINTEX showed the viewers the reporters inside the press center, passing the microphone to a KBS reporter who said the reporters are “Watching the situation like handling glassware.” 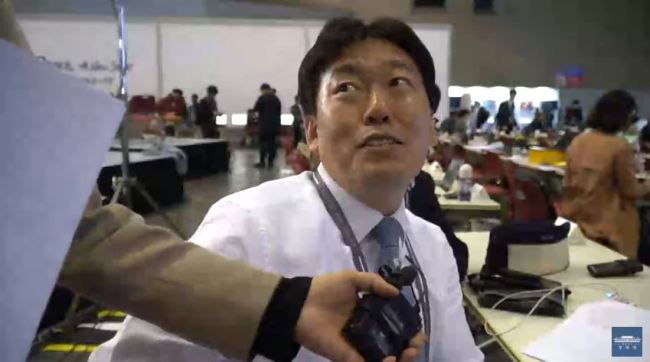 One of the curiosities Korean reporters had for the summit was whether Ri Sol-ju, the wife of Kim Jong-un, will accompany Kim to the summit. On Thursday morning Moon’s chief of staff Im Jong-seok told reporters that Ri is not expected to join Kim. However, Kim Yo-jong, Kim’s younger sister who came to Seoul in February as the North’s special envoy for the Winter Olympics, will be present at the summit.

The phrasing of the announcement to be made by Moon and Kim, be it 4.27 announcement or Panmunjeom announcement, is another matter the reporters here are trying to agree on.

The Cheong Wa Dae broadcast also went through the details of the activities Moon and Kim will participate in together on Friday.