Increased sales of premium steel products as well as improved profits from the steelmaker’s overseas unit contributed to posting the biggest margins this year, it added. 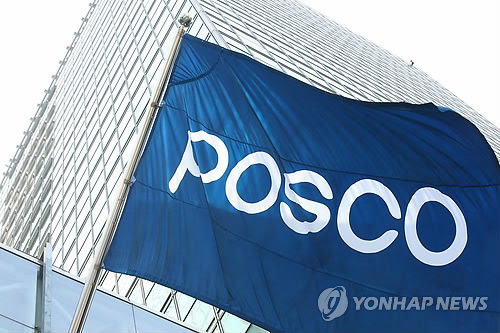 With the better-than-expected performance, the steelmaker plans to invest 4.2 trillion won this year, 1.6 trillion won more than last year, including investments in R&D, human resources and facilities.

The company’s board also approved Posco’s launch of a joint venture with a Chinese company to produce anode materials and precursors for rechargeable batteries, officials said.

Under the joint venture, Posco and Huayou Cobalt Co. plan to operate a new plant in Zhejiang province in China, capable of producing 46 million tons of precursors and anode materials by year 2020.

Huayou Cobalt is the world’s largest supplier of cobalt, key ingredient for secondary batteries, producing around 50 percent of global demand for the material. The Chinese company not only owns a cobalt mine but also a nickel mine, the company said.

Through the venture, Posco is expected to expand its presence in China by producing and selling anode materials there and attain a reliable supply of natural resources from its Chinese partner. Meanwhile, Huayou will be able to step into the manufacturing business through the partnership, officials said.

Last year, the steel giant said it will invest 300 billion won in the anode materials business by 2020 as part of its plan to diversify its portfolio. Anode materials are core substances for rechargeable batteries used for smartphones and computers.